DoppelPaymer is a ransomware family and threat actor group that first debuted publicly in June 2019. While attacks definitively tied to both the group and the fully mature version of the malware began in June 2019, earlier, less mature versions of the malware were obtained by security researchers several months prior, though without any definitive group affiliation. This may indicate that the actors were either testing functionality prior to employing the malware in an actual attack, or that they adjusted their approach over time in dealing with their victims. 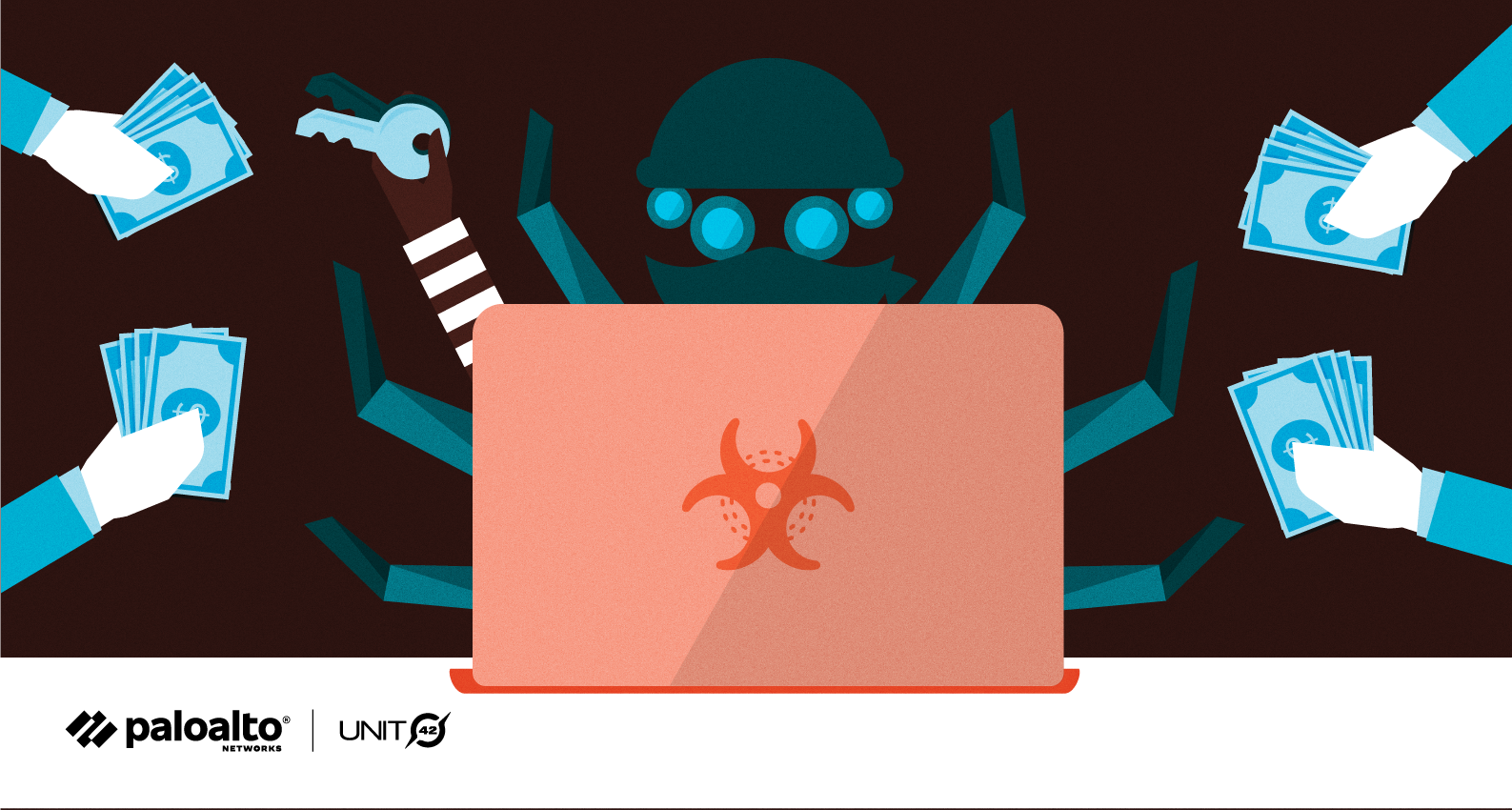 DoppelPaymer is considered part of a family of ransomware called BitPaymer. The actors behind DoppelPaymer share some overlap with an actor group known as Indrik Spider. The DoppelPaymer actors, like many other ransomware threat actor groups, maintain a public site and social media presence typically including lists of victims and their leaked data.

Since DoppelPaymer’s inception, the malware family has typically utilized two file extensions on victim endpoints – .locked and .doppeled. Outside of the two file extensions employed by DoppelPaymer, this ransomware employs an interesting technique to terminate processes and services: It leverages ProcessHacker. ProcessHacker is a legitimate open-source administration application that is bundled with many DoppelPaymer samples and is used to terminate processes and services on the infected endpoint.

Unit 42 has observed Doppelpaymer being used against firms in the wholesale and retail, manufacturing, finance, insurance, transportation and logistics, high tech, hospitality, and real estate industries. From a regional perspective, the threat actors behind DoppelPaymer have targeted victims in the U.S., Canada, Mexico, South Africa, Belgium, Italy, Norway, and Germany.

DoppelPaymer propagates via remote human operators using compromised Domain Admin credentials to spread across an organization’s network. The ransom amount the operators behind DoppelPaymer have typically demanded is between $25,000 and $17 million. The average ransom paid in 2020, typically in Bitcoin, reached $276,587.41.

More information on DoppelPaymer victimology can be found in the 2021 Unit 42 Ransomware Threat Report.

This section documents relevant tactics, techniques and procedures (TTPs) used with DoppelPaymer and maps them directly to Palo Alto Networks product(s) and service(s). It also further instructs customers on how to ensure their devices are configured correctly.

Table 1. Courses of Action for DoppelPaymer ransomware.
†These capabilities are part of the NGFW security subscriptions service.

Additionally, Indicators of Compromise (IoCs) associated with DoppelPaymer are available on GitHub, and have been published to the Unit 42 TAXII feed.