Unit 42 has collected multiple spear phishing emails, weaponized document files, and payloads that targeted various offices of the Mongolian government during the time period of August 2015 and February 2016. The phishing emails and document files leveraged a variety of geopolitically sensitive subject matters as attractive lures, such as events in Beijing, the Dalai Lama, North Korea relations, the Zika virus, and various legitimate appearing announcements. As we began to analyze and tear down the various samples we collected, we found significant overlaps with previously reported and documented adversary groups, attack campaigns, and their toolsets, exemplifying the concept of the Digital Quartermaster.

The concept of the Digital Quartermaster is not a particularly new one; it is the idea that there is a group, or groups whose mission is to supply and maintain malicious tools in support of cyber espionage operations. The existence of a Digital Quartermaster has been discussed within the intelligence community for some time, but it is not often that sufficient overlaps exist between what appear to be separate toolsets to confidently claim this idea is indeed in use. The data Unit 42 has collected and analyzed however, does strongly point to the possibility that while there may be multiple operations groups, a Digital Quartermaster may be the one supplying and maintaining the tools used.

While investigating new BBSRAT instances discovered using the AutoFocus tool, Unit 42 was able to collect additional samples, weaponized documents, and phishing emails uploaded to VirusTotal between August 2015 through February 2016. Each of the samples collected via WildFire and VirusTotal contained significant overlaps in tactics used, tools used, as well as infrastructure for command and control channels. In addition, a large majority of the samples gathered from VirusTotal were uploaded from a single entity in Mongolia.

The attacks themselves followed a consistent playbook throughout the observed timeframe; using weaponized Microsoft Word documents initially containing an exploit for only CVE-2012-0158, appearing to use the highly popular ‘Tran Duy Linh’ toolkit, then adding in an additional exploit for CVE-2014-1761 in the three newest samples we collected. The newer documents containing exploits for both vulnerabilities appeared to use a publically available PoC authored by ‘HCL’, with little to no modifications made. All of the weaponized documents except two executed the Cmstar loader or a lightly modified variant of Cmstar onto the victim host while displaying a decoy document or a legitimate appearing document that is generated and presented to the user to make it appear that the weaponized document that had been executed was indeed, legitimate. Once Cmstar was loaded onto the victim hosts, it would attempt to retrieve a final payload. Unfortunately, at the time of analysis, we were unable to retrieve the majority of the payloads the Cmstar loaders were attempting to download, but those that were available were variants of BBSRAT. The two samples not using Cmstar simply had BBSRAT embedded directly into to the weaponized document.

Furthermore, examining the data from August indicates that this campaign had started earlier and the adversary may have already achieved initial footholds, due to the use of what appears to be compromised legitimate email accounts from within the Mongolian government. 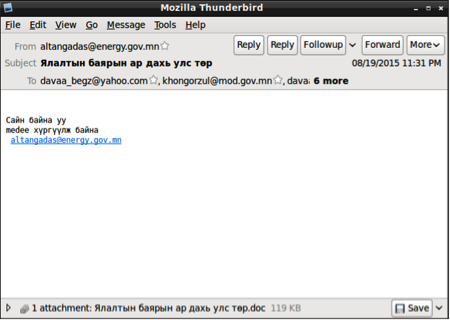 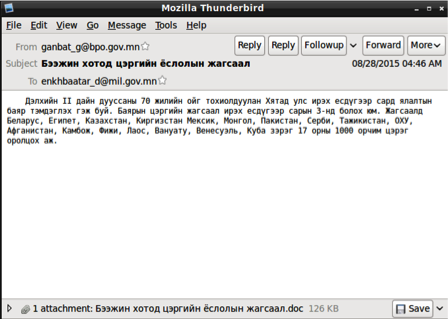 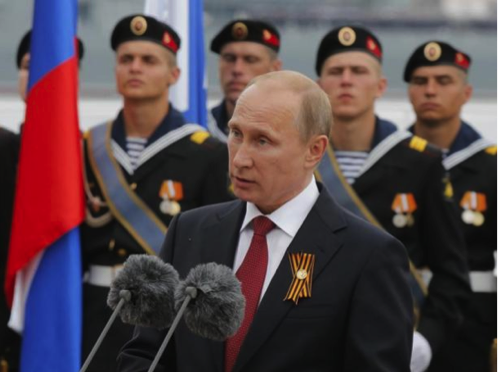 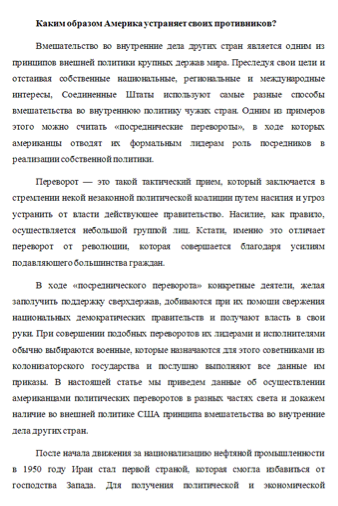 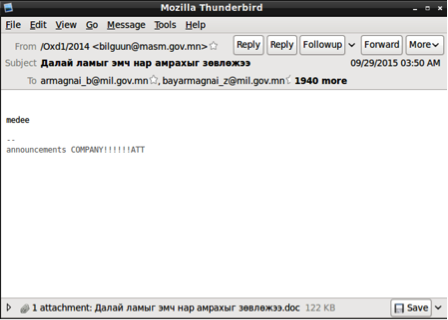 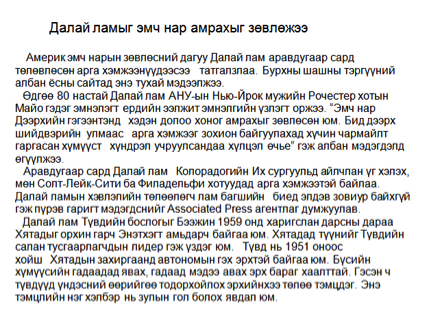 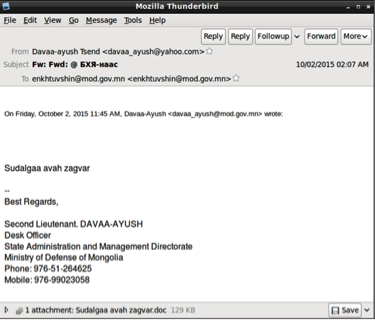 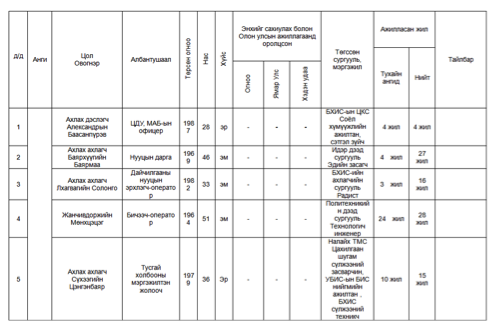 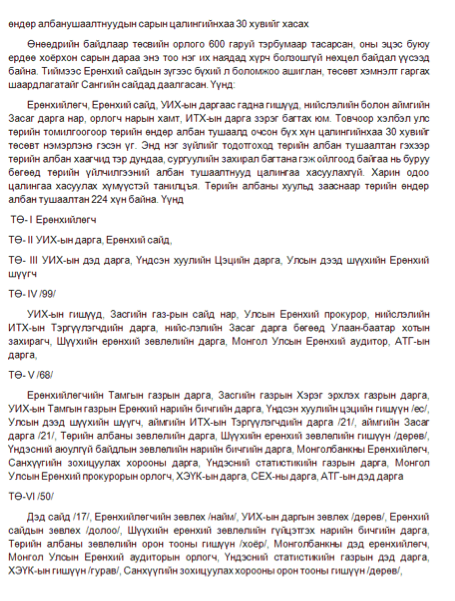 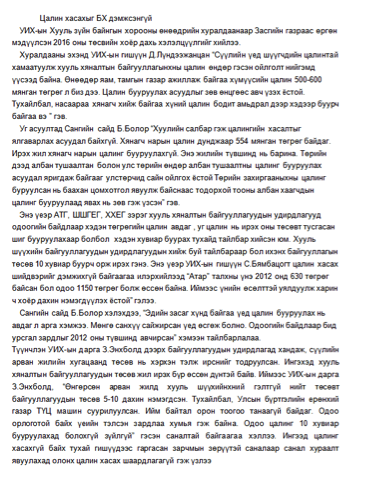 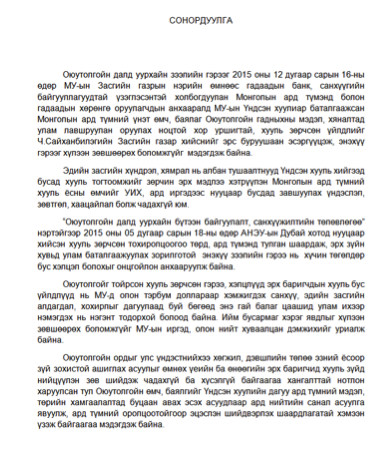 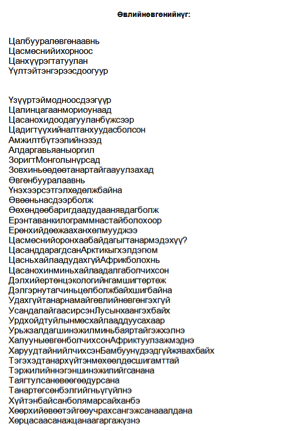 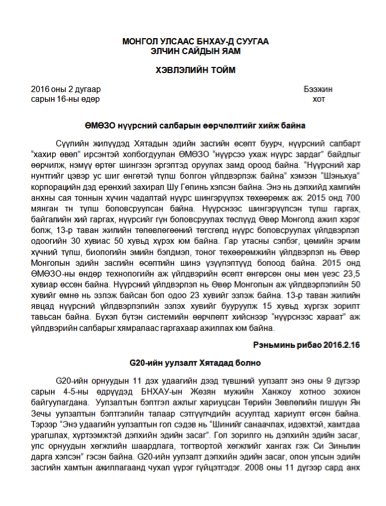 The tools we observed being used in this attack campaign remained consistent throughout the six months of data we were able to collect and analyze. Yet, prior to the findings in this report, none of the tools used in this campaign had been observed being used in conjunction with each other. In their 2013 report, Kaspersky theorized that NetTraveler may have had connections to the Lurid/Enfal adversaries due to some similarities in command and control infrastructure and targeting of minority groups in China, but no strong evidence was discovered since then. CMStar is a variant of Lurid discovered by us in May 2015, with similar targeting as previously observed as NetTraveler, but again, with no strong connections. BBSRAT is a relatively new Trojan we had discovered and publicized in December 2015 and had attributed it to a campaign dubbed ‘Roaming Tiger’ by ESET in 2014, which specifically appeared to target Russia and Russian speaking nation state. None of these tools have been publicly observed in use together, in a singular campaign, until now:

The one commonality that does appear amongst these seemingly different tools used by different operators is their geolocational nexus: China. In 2011, TrendMicro strongly attributed Lurid/Enfal to operators based out of China, although they stopped just short of claiming it. In Kaspersky’s 2013 report on NetTraveler, another strong attribution was made to a China-based operator. ESET’s “Roaming Tiger” reporting did not attribute the attack to any specific nation-state, but examining the command and control infrastructure and WHOIS data again suggested a China-based operator.

These facts begin to lead us to the following possible conclusions: the previous attack campaigns associated with their specific tool were all actually conducted by one, large, all encompassing operations unit. The previous attack campaigns were conducted by separate, but related operations unit with access to a common Digital Quartermaster for tools, or some combination of either scenario.

All of the Microsoft Word documents leveraged in these attacks used the CVE-2012-0158 and CVE-2014-1761 exploits. All of the exploit documents, in addition to targeting the same organizations and relying upon the same exploit techniques, ultimately dropped a version of the BBSRAT. A large number of the encountered samples used a new version of the Cmstar downloader to accomplish this, while some documents dropped and executed BBSRAT directly. Upon successful exploitation, the exploit documents would drop and execute a payload using one of the following techniques:

The majority of the spear-phishing attachments leveraged variants of the previously discussed downloader named 'Cmstar'. Much of the functionality remained consistent in the newest variants, which were compiled in July and August of 2015. For reference, the original Cmstar downloader malware samples were compiled in February 2015.

The new samples appear to have minimal changes made, and in fact a number of the debugging statements mentioned in the original samples are seen in a number of the newest variants. The obfuscated routine that is responsible for downloading the payload has increased in size from 779 bytes to 943 bytes. This increase in size is due to additional error controls put into place. This routine is still encrypted using a single-byte XOR operation.

However, the newest Cmstar variants use a different routine to obfuscate important strings within the binary. The following code, represented in Python, accomplishes this:

Malware analysts may recognize this routine, as it's identical to the one witnessed in previously discussed NetTraveler samples that were found to be targeting an individual working for the Foreign Ministry of Uzbekistan in China. As witnessed in the following diagram, the new Cmstar downloader’s obfuscation routine has a 100% code match to the NetTraveler downloader previously encountered: The following URLs were identified to be used by these Cmstar samples:

The majority of these URLs were not responsive at the time of analysis, with the exception of the last one. This returned file is an encoded executable that contains a dropper, which in turn loads BBSRAT.

Much of BBSRAT's functionality has remained consistent in the newest variants. Like previous versions, the malware will build an Import Address Table at runtime and uses the following mutex to ensure a single copy of BBSRAT is running at a given time:

Additionally, the network structure, URL pattern, and other characteristics of the malware remain consistent. BBSRAT will ensure persistence by setting the following registry key:

Mapping out the first stage command and control infrastructure for the analyzed Cmstar samples revealed an infrastructure that was most likely deployed specifically for this attack campaign: A single domain, question.erobegi[.]com, was found to be reused. This domain had previous been identified as a first stage command and control in May 2015 when we initially discovered CMStar. However, the payload was not identified at the time. The WHOIS data revealed heavy usage of resellers by the adversary, likely as an evasion technique. Analyzing the historical WHOIS data however, revealed one of the 'clean' personas used by the adversary as a registrant 'HELENEHELEN@EXCITE.CO.JP', was used to register one of the command and control domains for CMStar, celeinkec[.]com as well as one of the primary command and control domains for BBSRAT, housejjk[.]com, further supporting the links between CMStar, and BBSRAT.

The BBSRAT command and control infrastructure remained exactly the same as previously reported in December 2015: Unit 42 often speaks of sharing threat intelligence, tools, and procedures amongst the security industry, often times pointing to the fact that the adversaries we are up against on an everyday basis are doing the exact same. Still, as a community, when we do publicize adversary groups or campaigns, there is a tendency to encapsulate each and place them in their own isolated bubbles, directly contradicting the message of sharing amongst the adversary. The reasoning behind this is not meant to be hypocritical – it is simply more straightforward for identification and ingestion purposes to be able to silo each group or campaign rather than come to the conclusion that every group or campaign is somehow related due to the sharing nature of the adversaries. We must acknowledge the fact however, that in general many attacks are related, even if they do appear significantly different or do not share the same TTPs as observed previously

The collection of data we have analyzed strongly points to the fact that a Digital Quartermaster may exist amongst the adversary. The strong overlaps within the tactics used in the toolsets as well as links in infrastructure indicate it is likely that a singular entity is responsible for deployment and maintenance of the tools used, in conjunction with a separate operator group responsible for the actual execution of the cyber espionage operations.