MyDoom is an infamous computer worm first noted in early 2004. This malware has been featured in top ten lists of the most destructive computer viruses, causing an estimated $38 billion in damage. Although now well past its heyday, MyDoom continues to be a presence in the cyber threat landscape.

While not as prominent as other malware families, MyDoom has remained relatively consistent during the past few years, averaging approximately 1.1 percent of all emails we see with malware attachments. We continue to record tens of thousands of MyDoom samples every month. The vast majority of MyDoom emails come from IP addresses registered in China, with the United States running a distant second. These emails are sent to recipients across the world, mostly targeting high tech, wholesale, retail, healthcare, education, and manufacturing industries.

This blog tracks MyDoom activity in recent years and focuses on trends during the first six months of 2019.

Why is the percentage of MyDoom emails so much lower than the percentage of MyDoom attachments? Because many malicious email campaigns carry the same malware sample across messages to hundreds or thousands of recipients. MyDoom is polymorphic and tends to have different file hashes for each of the emails we find. Therefore, while the number of MyDoom emails is relatively low, the number of samples is comparatively higher when compared to other malware distributed through email. Table 1 contains the statistics for 2015 through 2018.

The first six months of 2019 for MyDoom activity reveals a similar average compared to all of 2018, with a slightly higher percentage of both emails and malware samples. See Table 2 for details.

Table 2. MyDoom statistics in the first six months of 2019.

Image 5. MyDoom activity levels in the first six months of 2019.

Table 3. MyDoom month to month statistics in the first six months of 2019. 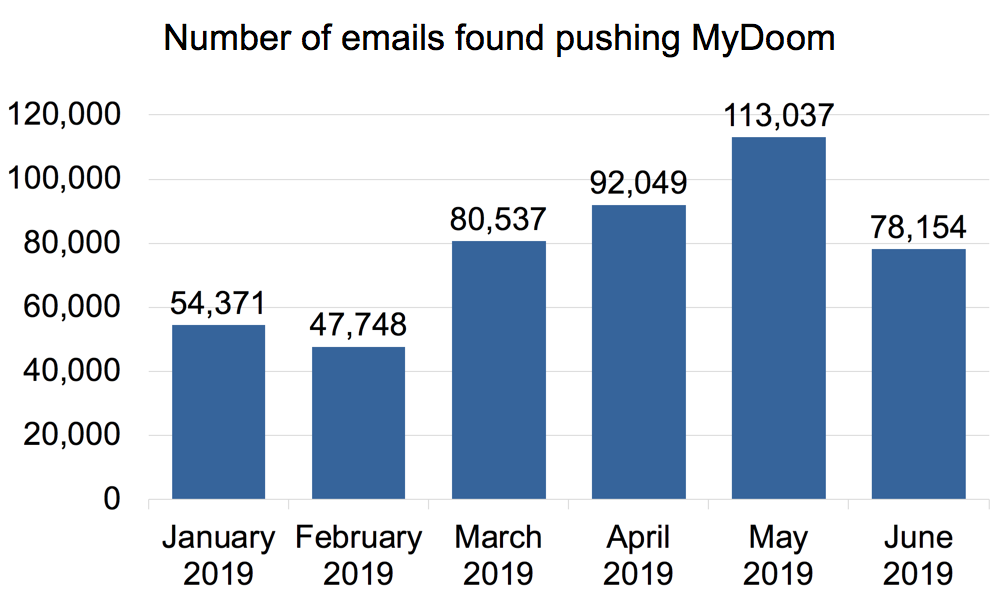 Image 6. Graph charting MyDoom activity from January through June of 2019.

Where have these emails come from? IP addresses of the top ten countries we saw during the first six months of 2019 were:

Image 7. Countries that MyDoom emails have appeared from during the first six months of 2019.

Image 8. Targeted countries of MyDoom emails during the first six months of 2019.

The top ten verticals hit during this period were:

These results are skewed likely towards our customer base. However, this data indicates that China and the United States are the source of most MyDoom emails and rank highest as the most targeted countries. 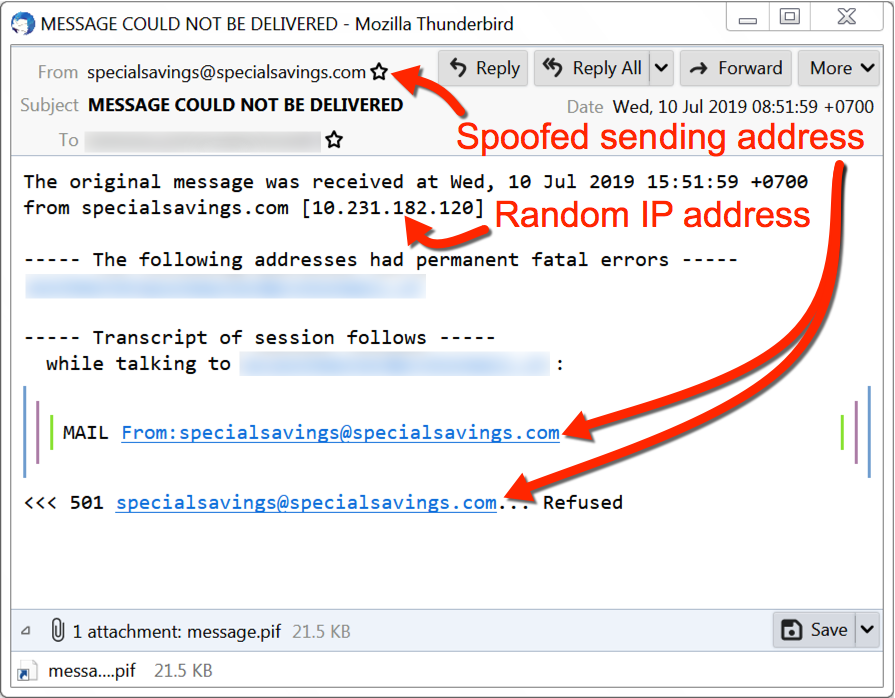 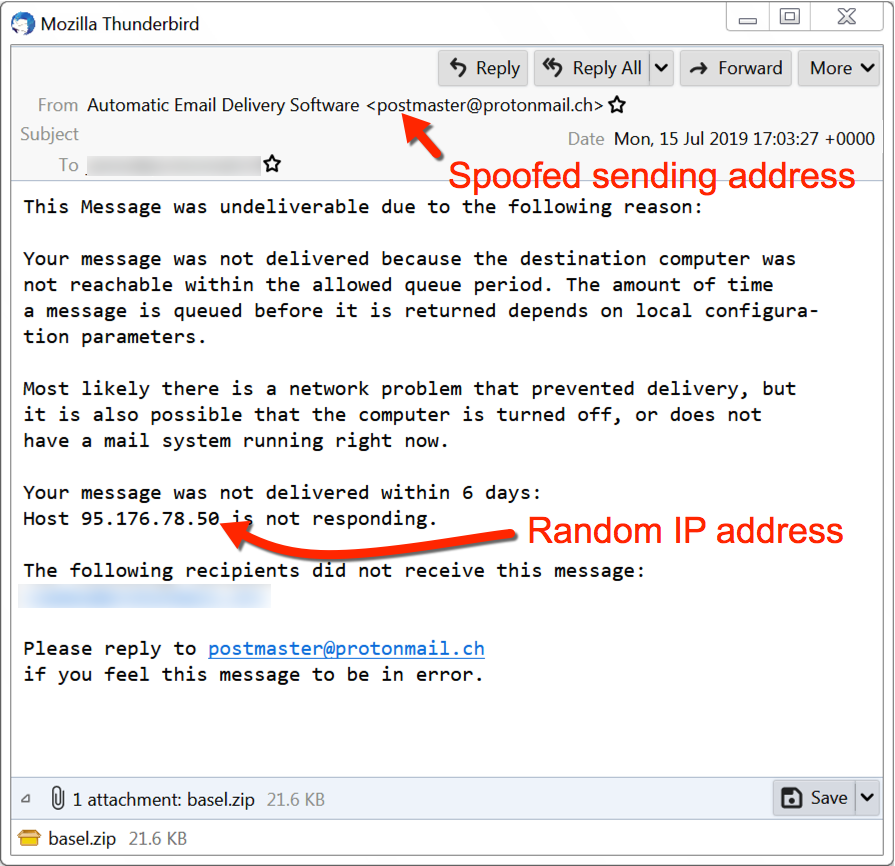 Attachments from these MyDoom emails are executable files, or they are zip archives that contain executable files. MyDoom malware turns an infected Windows host into a malicious spambot, which then sends MyDoom emails to various email addresses. This will happen even if the infected Windows host does not have a mail client. Another characteristic of MyDoom is attempted connections to various IP addresses over TCP port 1042.

Figure 12. Attempted connections over TCP port 1042 from a host infected with MyDoom.

On a Windows 7 host, MyDoom makes a copy of itself in the user's AppData\Local\Temp directory as lsass.exe, but the malware is not made persistent in the Windows registry. On a Windows XP host, the MyDoom executable makes a copy of itself at C:\Windows\lsass.exe and is made persistent through the Windows registry in the HKEY_LOCAL_MACHINE hive with a key named Traybar at SOFTWARE\Microsoft\Windows\CurrentVersion\Run as shown in Figure 13.

First seen in 2004, MyDoom is still active today-- a testament to its original destructiveness. Enough infrastructure has remained infected throughout the years that we continue to see MyDoom in today's threat landscape. Although a relatively small percentage of malware-based emails contain MyDoom, this malware remains a constant presence.

Based on our data, MyDoom-infected infrastructure resides at IP addresses mostly belonging to China, with the United States running a distant second. Both China and the United States are the primary recipients of MyDoom emails, although the distribution remains global and targets many other countries. High tech is the most frequently targeted industry.

Palo Alto Networks customers are protected from MyDoom by our threat prevention platform which easily detects this malware. AutoFocus users can track MyDoom attempts by using the MyDoom tag.