Unit 42 researchers at Palo Alto Networks have discovered new attack activity targeting individuals involved with United States defense contractors. Through analysis of malicious code, files, and infrastructure it is clear the group behind this campaign is either directly responsible for or has cooperated with the group which conducted Operation Blockbuster Sequel and, ultimately, Operation Blockbuster (originally outlined  by researchers from Novetta). The threat actors are reusing tools, techniques, and procedures which overlap throughout these operations with little variance. Attacks originating from this threat group have not ceased since our previous report (from April of 2017) and have continued through July of 2017.

Recently, we’ve identified weaponized Microsoft Office Document files which use the same malicious macros as attacks from earlier this year. Based on the contents of these latest decoy documents which are displayed to a victim after opening the weaponized document the attackers have switched targets from Korean language speakers to English language speakers. Most notably, decoy document themes now include job role descriptions and internal policies from US defense contractors. 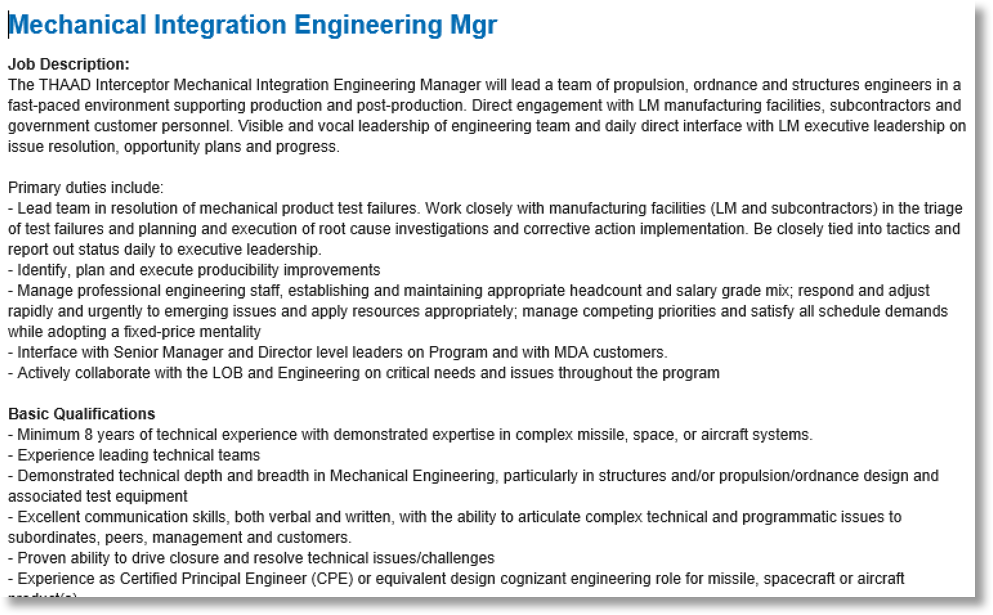 The following images also shows the contents of a recent decoy document (062aadf3eb69686f4881860d88ce472e6b1c07e1f586d840dd2ee1f7b76cabe7). It contains an exact copy of a publicly available job description, including typos, at a US defense contractor. 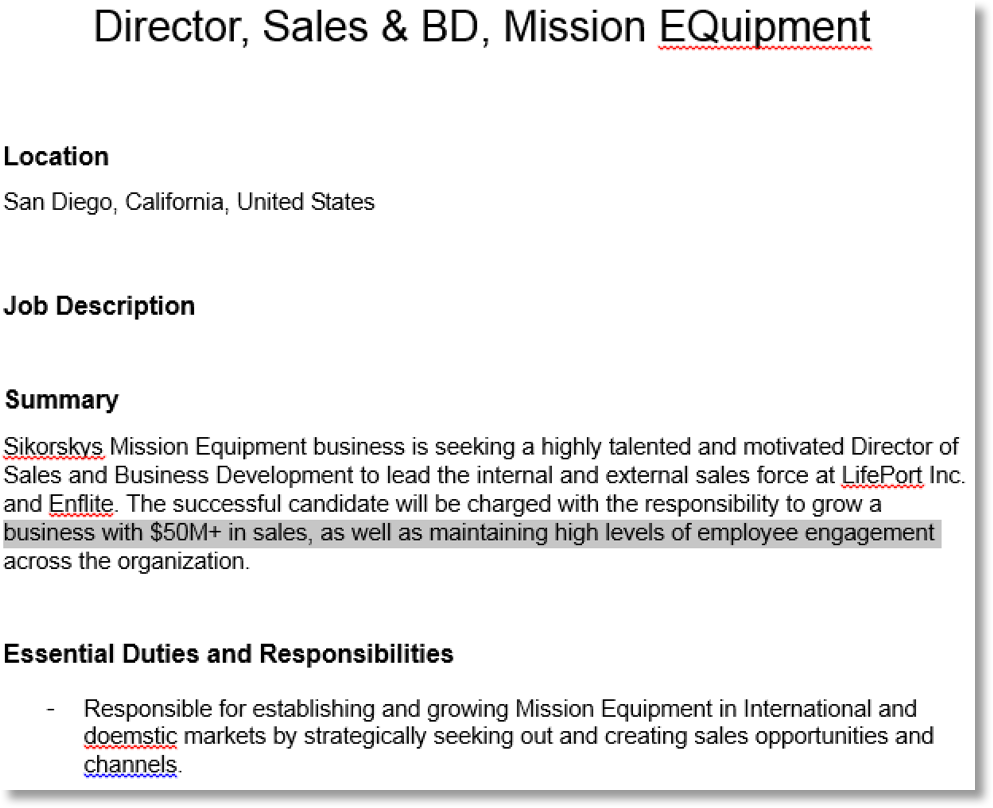 For a more comprehensive understanding of the relationships between samples and infrastructure used in the recent activity see the following network graph. 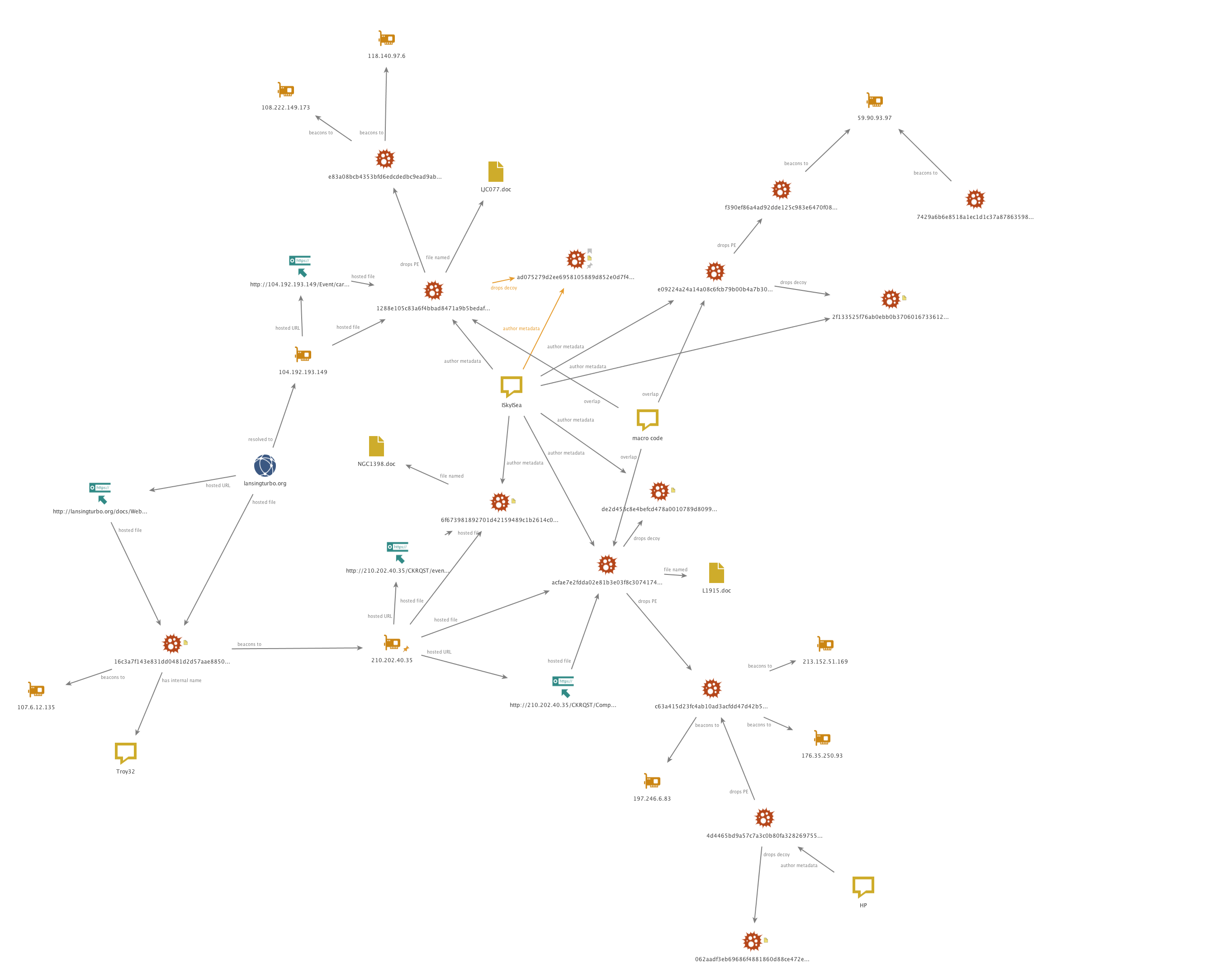 The source code used in the macros embedded in the weaponized documents described above was also detailed in a previous report where it was included in testing documents uploaded to VirusTotal. This reuse of macro source code, XOR keys used within the macro to decode implant payloads, and the functional overlap in the payloads the macros write to disk demonstrates the continued use of this tool set by this threat group. The use of an automated tool to build the weaponized documents would explain the common but not consistent reuse of metadata, payloads, and XOR keys within the documents.

Other similarities between the previously reported activity and this new activity can be seen within the PE payloads written to disk by the malicious documents. The payloads function similarly to other implants associated with this threat group. The use of a fake TLS communications protocol, encoded strings within samples, filenames and contents of batch files embedded within implants, as well implants beaconing directly to IPv4 addresses (and not resolving domains for command and control) are all known techniques associated with the threat group. These tactics have changed very little since the original Operation Blockbuster.

In addition to tool reuse, infrastructure overlaps also exist. URLs used for hosting the malicious documents and IPv4 addresses used for command and control overlap with infrastructure previously used by the group.

The techniques and tactics the group uses have changed little in recent attacks. Tool and infrastructure overlaps with previous campaigns are apparent. Given that the threat actors have continued operations despite their discovery and public exposure it is likely they will continue to operate and launch targeted campaigns.