By Jen Miller-Osborn and Mike Harbison

In late June 2018, Unit 42 revealed a previously unknown cyber espionage group we dubbed Rancor, which conducted targeted attacks in Southeast Asia throughout 2017 and 2018. In recent attacks, the group has persistently targeted at least one government organization in Cambodia from December 2018 through January 2019. While researching these attacks, we discovered an undocumented, custom malware family - which we’ve named Dudell. In addition, we discovered the group using Derusbi, which is a malware family believed to be unique to a small subset of Chinese cyber espionage groups.

Between early December 2018 and the end of January 2019, Rancor conducted at least two rounds of attacks intending to install Derusbi or KHRat malware on victim systems. January 2019 sent via 149.28.156[.]61 to deliver either Derusbi or KHRat samples with either cswksfwq.kfesv[.]xyz or connect.bafunpda[.]xyz as C2.

The DUDELL sample is a weaponized Microsoft Excel document that contains a malicious macro that runs on the victim’s machine. It shares the same malicious behavior reported by Checkpoint in Rancor: The Year of The Phish SHA-1 c829f5f9ff89210c888c1559bb085ec6e65232de. In Check Point’s blog, the sample is from December 2018 while this sample is from April 2018. It has the following metadata:

The C2 server 199.247.6[.]253 listed above in Table 5 is known to be used by the Rancor group. The script is downloading a second stage payload via the Microsoft tool msiexec. Unfortunately at the time of discovery, the hosted file is unavailable. Our systems were able to record the hash of file tmp.vbs, but the contents of the file are no longer available. See Table 5 below for hash values. Pivoting off the filename and directory, we discovered a similar VBS script used by the Rancor actors that might give us some clues on what the contents of tmp.vbs would resemble. File office.vbs (SHA256: 4b0b319b58c2c0980390e24379a2e2a0a1e1a91d17a9d3e26be6f4a39a7afad2) was discovered in directory c:\Windows\System32\spool\drivers\color. The contents of that file are:

If the file tmp.vbs does in fact contain similar content as that of office.vbs, then it could be another method for downloading payloads onto the target.

The malware in question is configured with the following single export entry:

The DllInstall export function is responsible for the core behavior of the malware, as just loading it does nothing. Once this export is called, it checks for a hidden window with a caption of Hello Google! and a class name of Google see Figure 1 below. This check is performed to ensure that only one instance of the malware is running at a time. 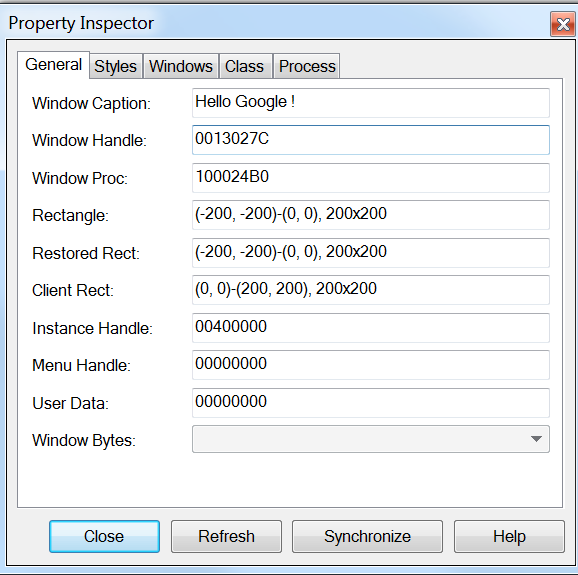 The hidden window created by the malware filters on any user input (e.g. keyboard or mouse activity). This could be an attempt to evade sandbox analysis as mouse and keyboard movement is typically not performed. The malware then proceeds to beacon to a configured remote server of cswksfwq.kfesv[.]xyz on TCP port 8080. Upon successful connection, the malware transmits victim information such as: hostname, IP address, Language Pack along with other operating system information. The data transmitted are XOR encoded. The malware supports the following capabilities:

The malware in question is configured with the following single export entry:

When the DLL is initially loaded, it dynamically resolves and imports additional modules (DLLs’) needed. Once loaded and the export entry of Rmcmd is called, it creates a Windows mutex named gkdflbmdfk. This ensures that only one copy of the malware is running at a time. It then begins to beacon to a configured domain of connect.bafunpda[.]xyz on TCP port 8081. The malware collects and transmits data from the host, such as hostname and is XOR encoded with the first byte of the network traffic being the key. This malware supports the following capabilities:

The malware behavior and code share similarities with an older KHRAT sample from May 2018. Sample (SHA256: bc1c3e754be9f2175b718aba62174a550cdc3d98ab9c36671a58073140381659) has the same export entry name and is also a reverse shell. The newer sample appears to be a re-write for optimization purposes with the underlying behavior remaining the same, reverse shell.

Derusbi is a backdoor Trojan believed to be used among a small group of attackers, which includes the Rancor group. This particular sample is a loader that loads an encrypted payload for its functionality. This DLL requires the loading executable to include a 32-byte key on the command line to be able to decrypt the embedded payload, which unfortunately we do not have. Even though we don’t have the decryption key or loader, we have uncovered some interesting artifacts.

In July 2019, we discovered an interesting VBScript named Chrome.vbs (SHA256: 0C3D4DFA566F3064A8A408D3E1097C454662860BCACFB6675D2B72739CE449C2) associated with the Rancor group. This particular VBScript payload beacons to domain bafunpda[.]xyz, which is also used by the KHRAT Trojan listed above in Table 2. This VBScript is obfuscated and contains packed data that is used to infect a target with multiple chained persistent artifacts. The following illustrates the behavior when the VBScript is executed: 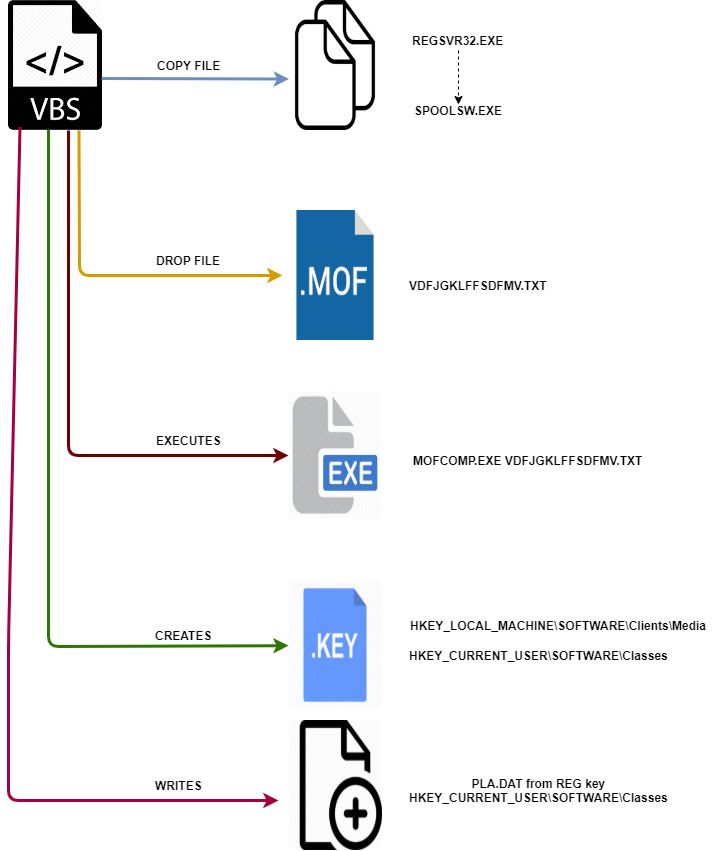 Figure 1 provides a visual overview of when the VBScript is executed on a host. The script performs the following actions:

The MOF file created by the VBScript is used as a persistence mechanism via Windows Management Instrumentation (WMI) Event Subscriptions. MOF files are compiled scripts that describe Common Information Model (CIM) classes, which are compiled into the WMI repository. The technique is described by MITRE ATT&CK IDT1084. This particular MOF file creates a timer event that is triggered every five seconds. Snippet of the MOF file is illustrated in Figure 3 below:

Figure 3 shows the main functionality of the MOF file. It has a unique name of SCM Event Log Filter and runs spoolsw.exe every 5 seconds, with the /s /n /i parameters passing in file pla.dat. If we recall earlier from the VBScript, spoolsw.exe is the hosts Windows regsvr32.exe. Regsvr32.exe is a Windows tool that registers a module (DLL). The parameters passed instruct regsvr32 not to display any message boxes (/s), do not call DllRegisterServer or DllUnregisterServer (/n) and calls DllInstall (/i). File pla.dat therefore must be a DLL.

The registry values created by the VBScript are as follows:

The DLL located in the Media registry key is a variant of the KHRAT Trojan. It beacons to domain connect.bafunpda[.]xyz and attempts to connect to TCP port 4433. This is the same domain used by the KHRAT Trojan listed above in Table 2 and shares the same behavior.

Rancor, a cyber espionage group active since at least 2017, continues to conduct targeted attacks in Southeast Asia and has been found using an undocumented, custom malware family - which we’ve dubbed Dudell - to download a second stage payload once its malicious macro is executed. Additionally, Rancor is also using the Derusbi malware family to load a secondary payload once it infiltrates a target.

Palo Alto Networks customers are protected from this threat. Our threat prevention platform detects these malware families, with Wildfire while and simultaneously updating the ‘malware’ category within the PAN-DB URL filtering solution for compromised domains it has identified. AutoFocus customers can further investigate this activity with the following tags: