When a host is infected or otherwise compromised, security professionals with access to packet captures (pcaps) of the network traffic need to understand the activity and identify the type of infection.

This tutorial offers tips on how to identify Trickbot, an information stealer and banking malware that has been infecting victims since 2016. Trickbot is distributed through malicious spam (malspam), and it is also distributed by other malware such as Emotet, IcedID, or Ursnif.

Note: Today’s tutorial requires Wireshark with a column display customized according to this previous tutorial. You should already have implemented Wireshark display filters as described here.

Trickbot is often distributed through malspam. Emails from these campaigns contain links to download malicious files disguised as invoices or documents. These files may be Windows executable files for Trickbot, or they may be some sort of downloader for the Trickbot executable. In some cases, links from these emails return a zip archive that contains a Trickbot executable or downloader.

Figure 1 shows an example from September 2019. In this example, the email contained a link that returned a zip archive. The zip archive contained a Windows shortcut file that downloaded a Trickbot executable. A pcap for the associated Trickbot infection is available here. 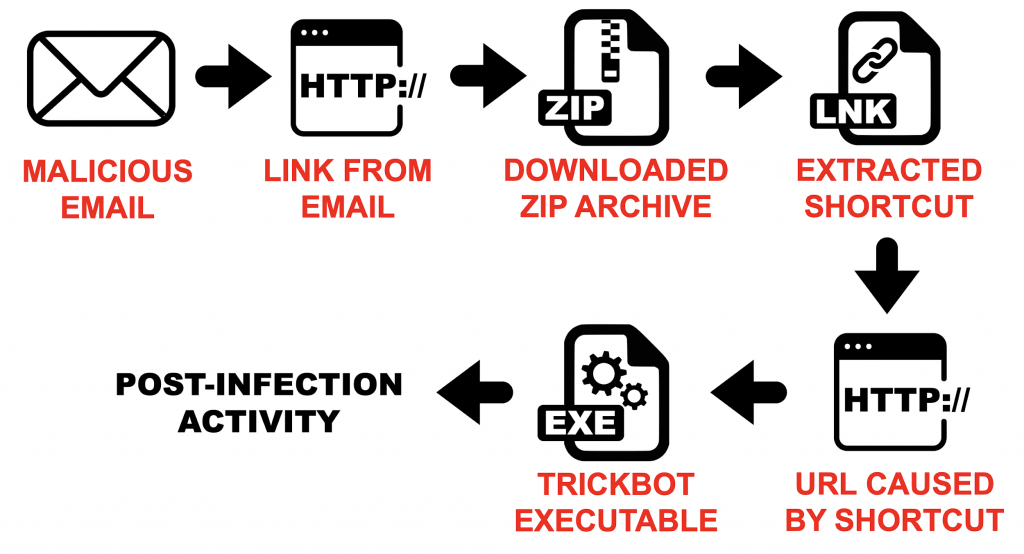 Figure 1: Flowchart from a Trickbot infection from malspam in September 2019.

Download the pcap from this page. The pcap is contained in a password-protected zip archive named 2019-09-25-Trickbot-gtag-ono19-infection-traffic.pcap.zip. Extract the pcap from the zip archive using the password infected and open it in Wireshark. Use your basic filter to review the web-based infection traffic as shown in Figure 2. 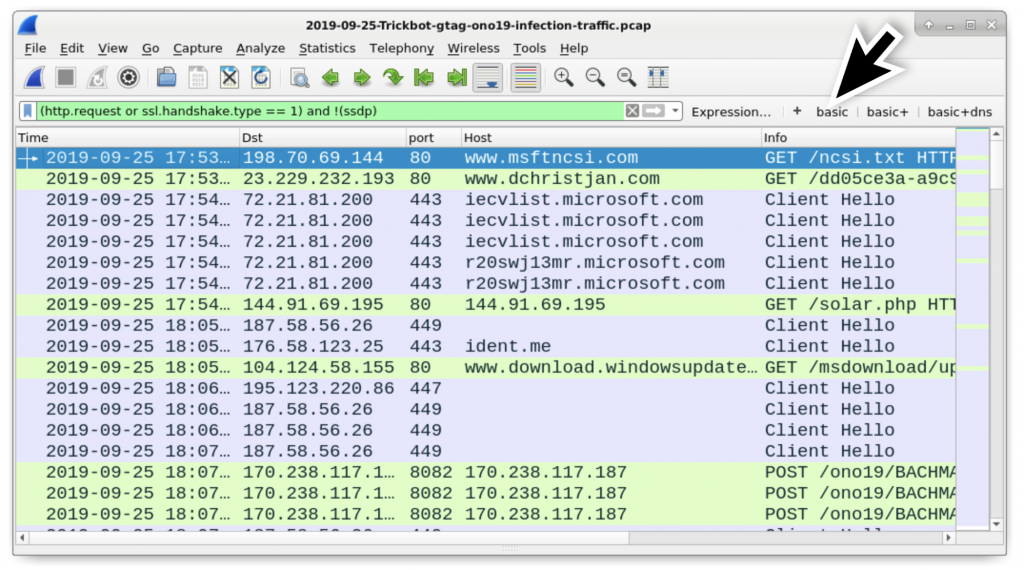 Figure 2: Pcap of the Trickbot infection viewed in Wireshark.

Review the traffic, and you will find the following activity common in recent Trickbot infections: 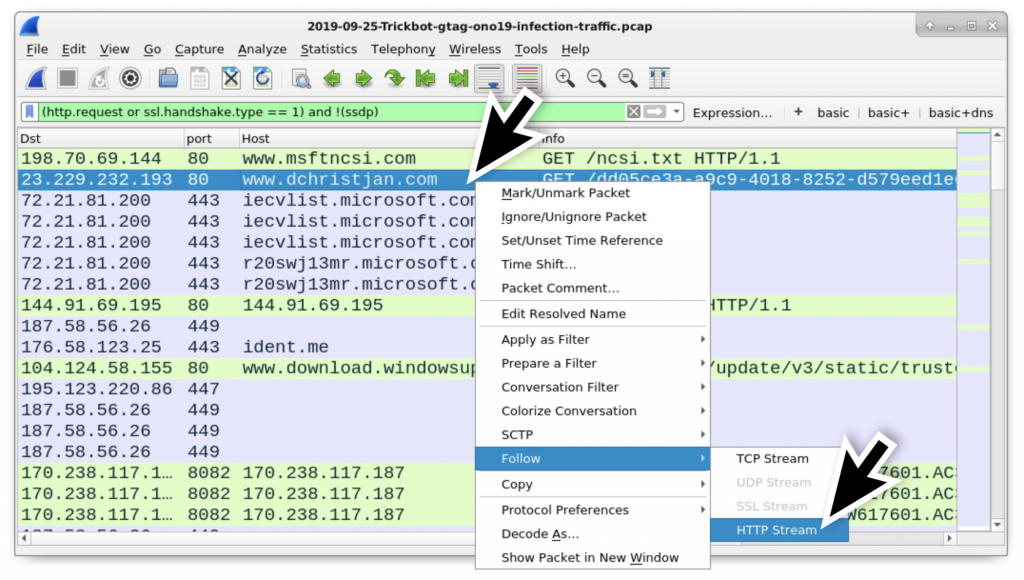 Figure 3: Following the HTTP stream for the request to www.dchristjan[.]com. 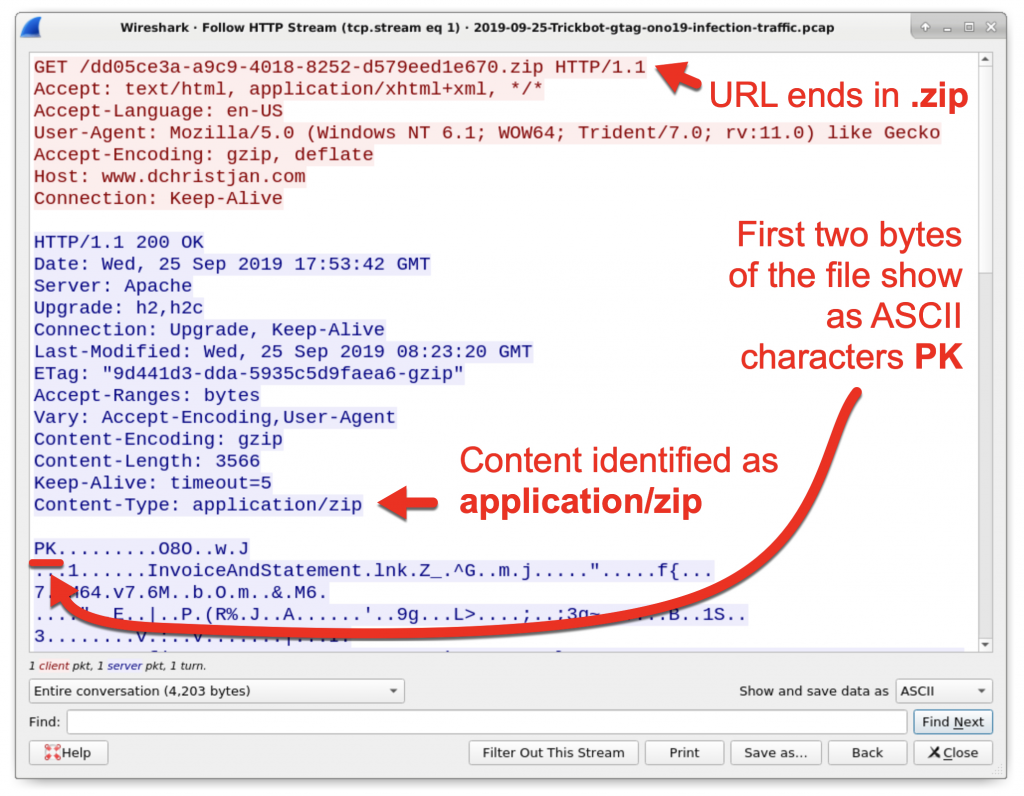 In Figure 4, you can also see the name of the file contained in the zip archive, InvoiceAndStatement.lnk. You can export the zip archive from the traffic using Wireshark as shown in Figure 5 and Figure 6 using the following path: 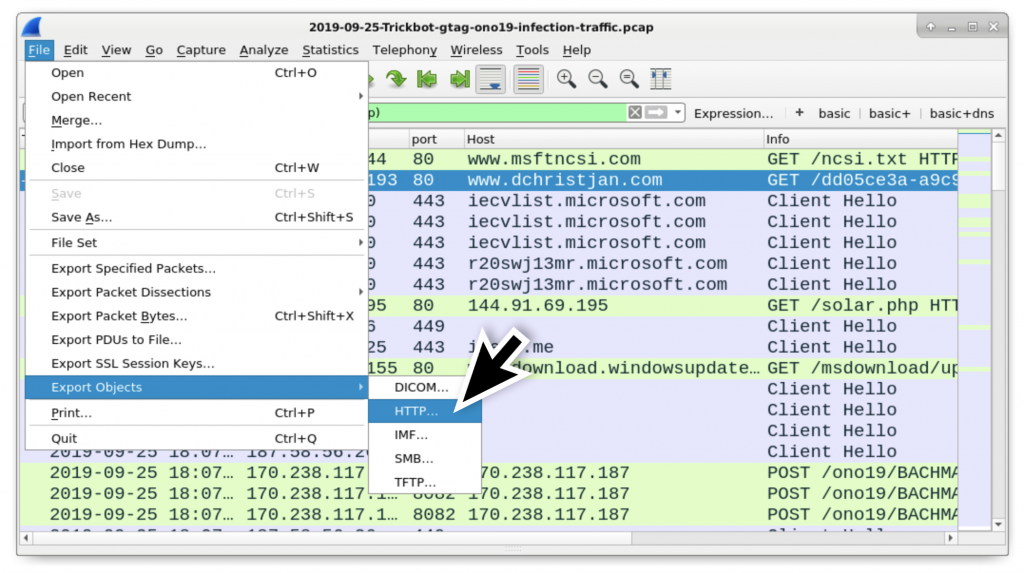 Figure 6: Exporting the zip archive from the pcap. 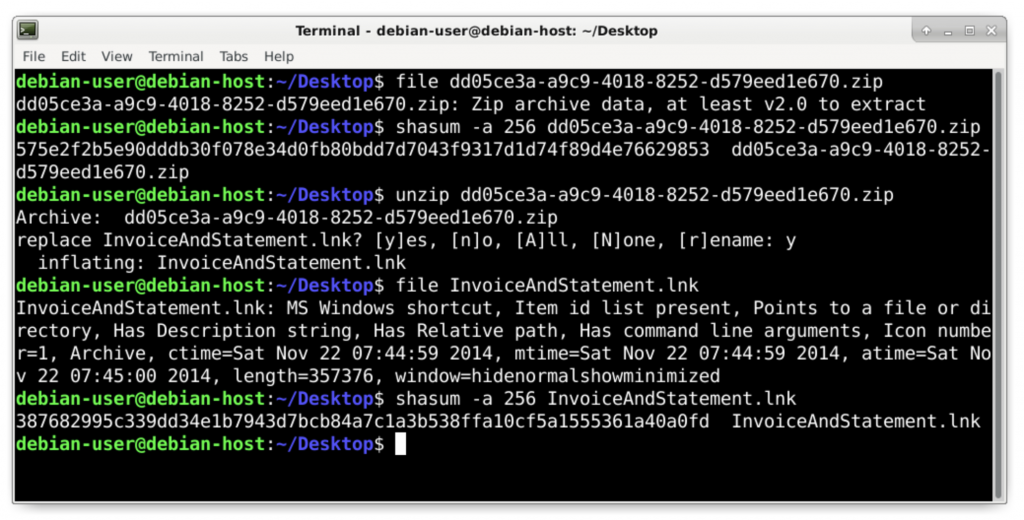 Figure 7: Checking the extracted zip archive and its contents. 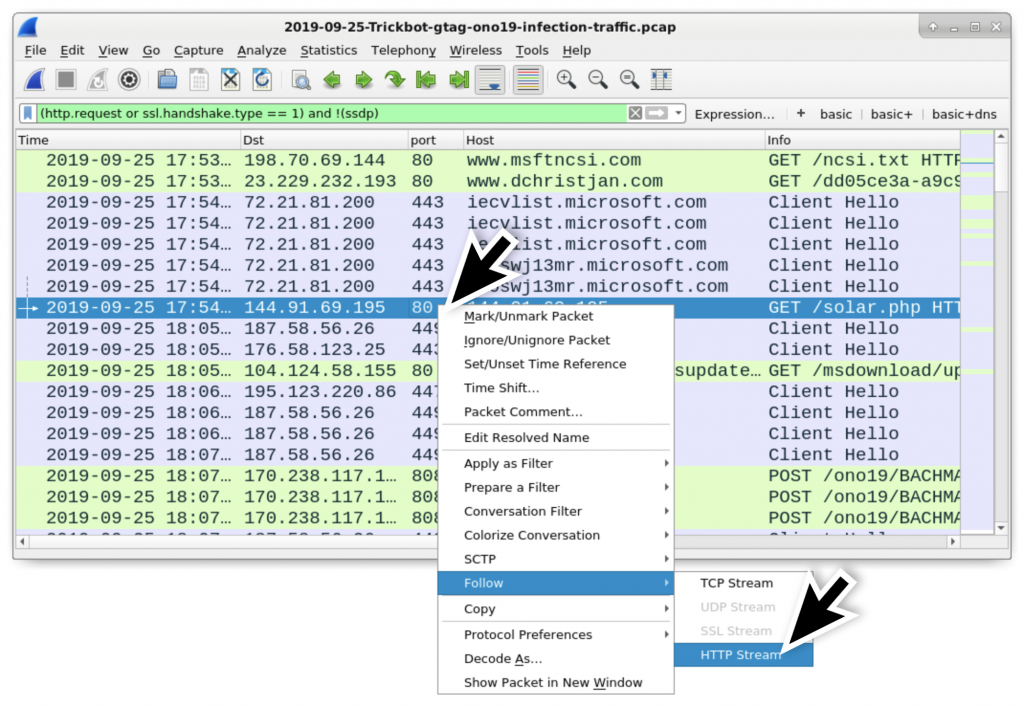 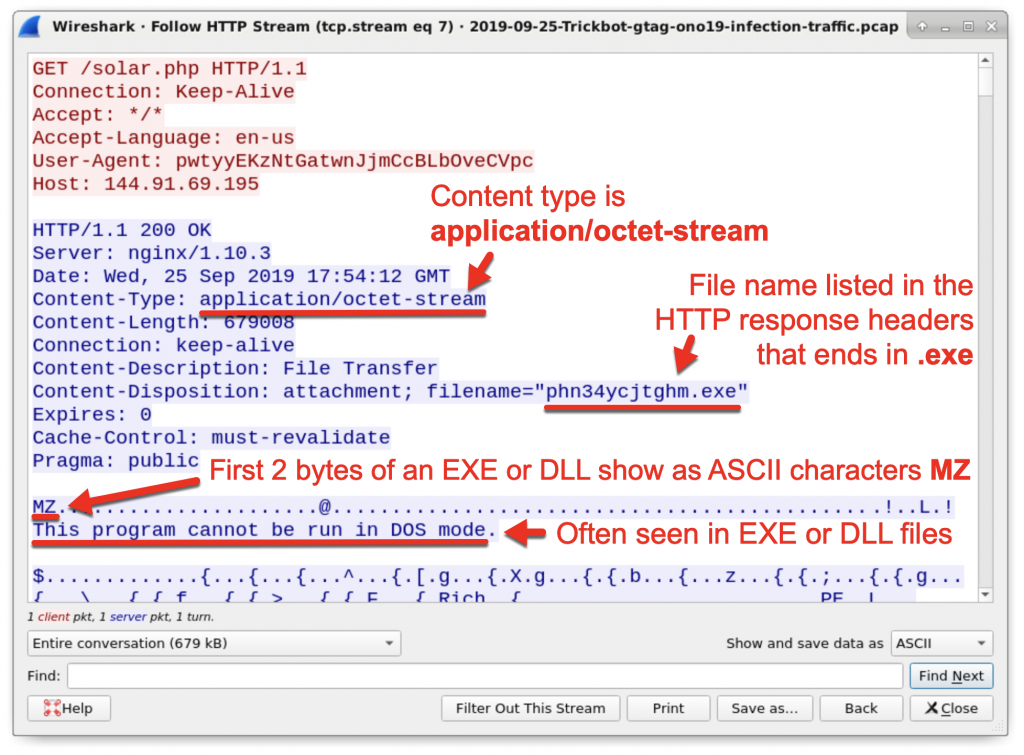 Figure 9: Indicators the returned file is a Windows executable or DLL file. 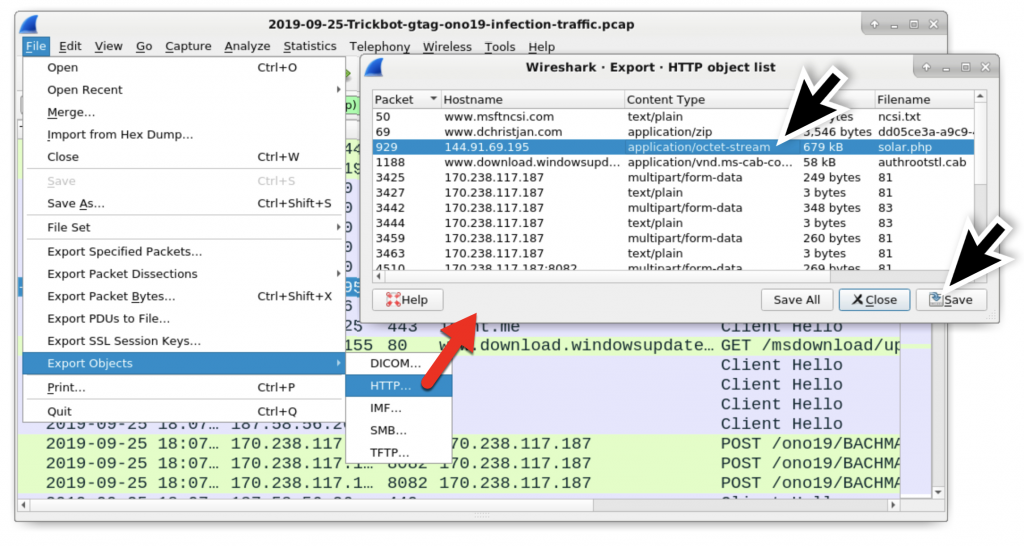 Figure 10: Exporting the Windows executable from the pcap.

Post infection traffic initially consists of HTTPS/SSL/TLS traffic over TCP port 443, 447, or 449 and an IP address check by the infected Windows host. In this infection, shortly after the HTTP request for the Trickbot executable, we can see several attempted TCP connections over port 443 to different IP addresses before the successful TCP connection to 187.58.56[.]26 over TCP port 449. If you use your basic+ filter, you can see these attempted connections as shown in Figure 11 and Figure 12. 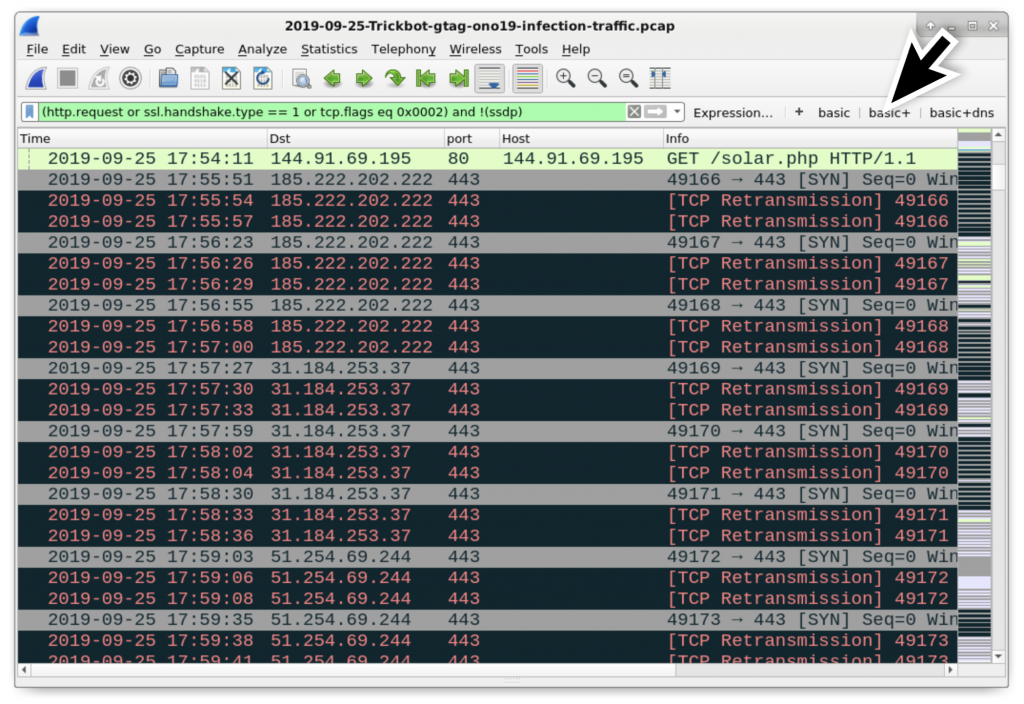 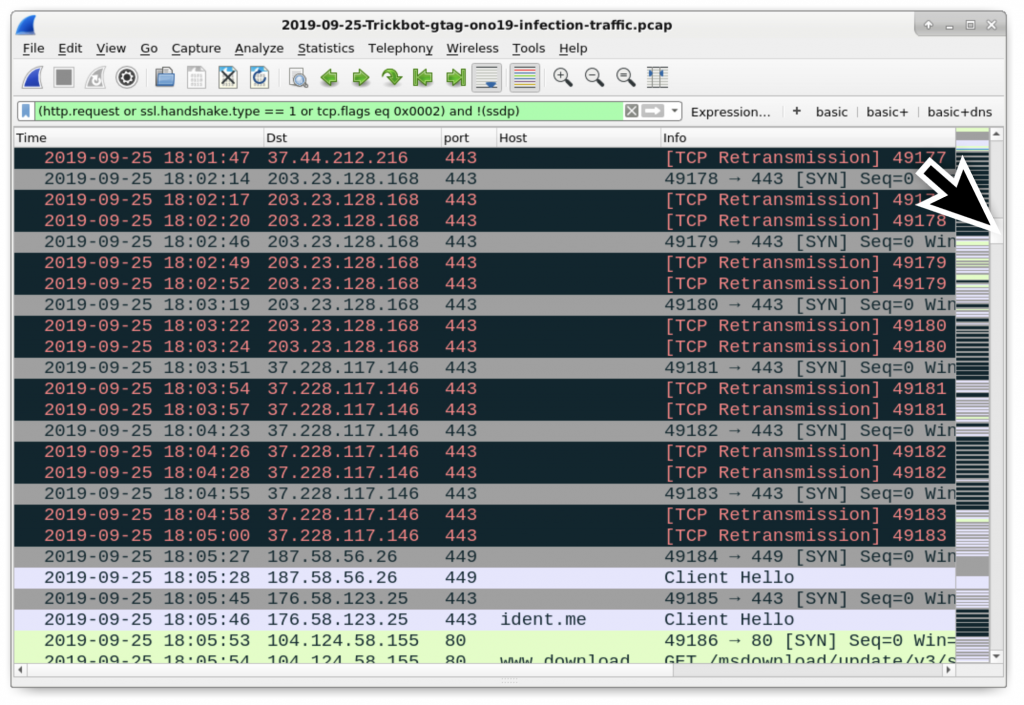 The HTTPS/SSL/TLS traffic to various IP addresses over TCP port 447 and TCP port 449 has unusual certificate data. We can review the certificate issuer by filtering on ssl.handshake.type == 11 when using Wireshark 2.x or tls.handshake.type == 11 when using Wireshark 3.x. Then go to the frame details section and expand the information, finding your way to the certificate issuer data as seen in Figure 13 and Figure 14. 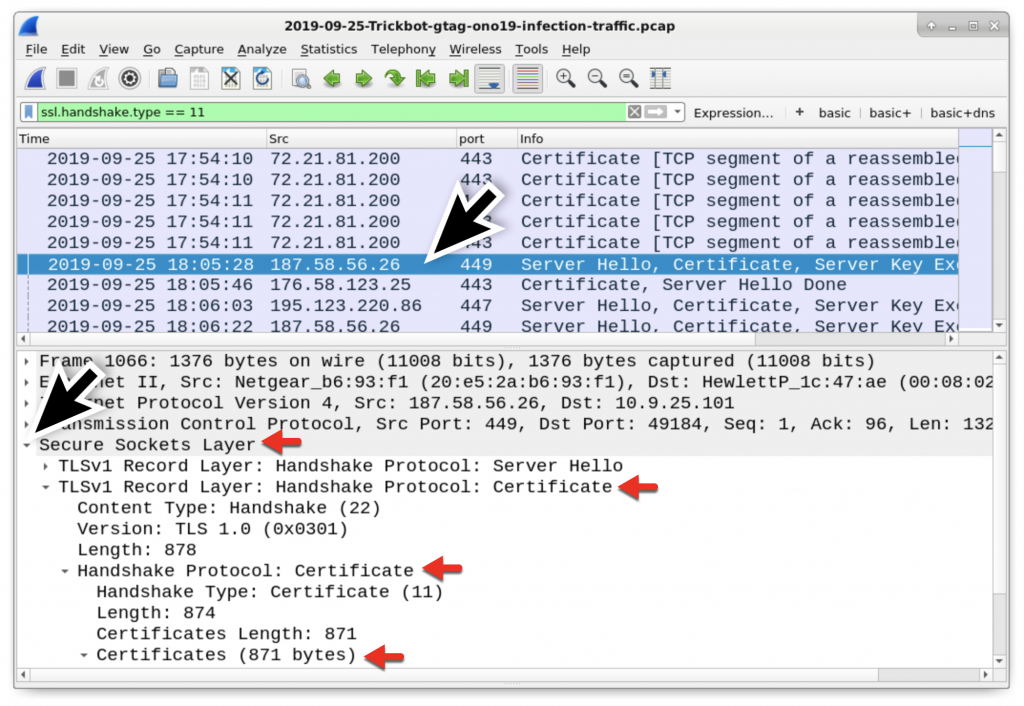 Figure 13: Filtering for the certificate data in the HTTPS/SSL/TLS traffic, then expanding lines the frame details for the first result under TCP port 449. 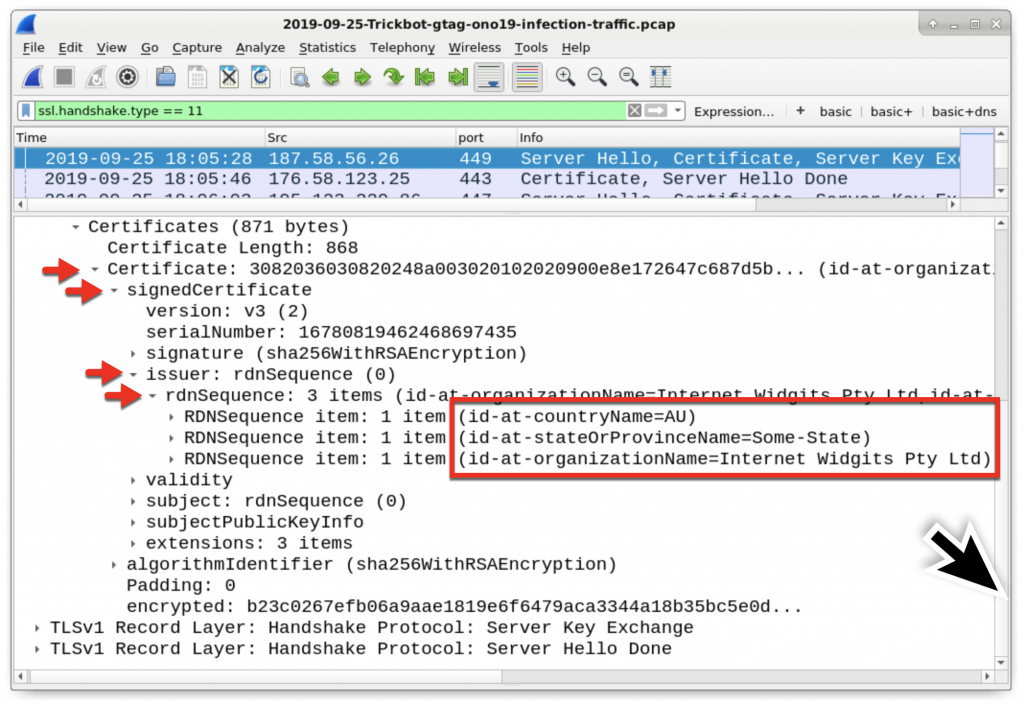 Figure 14: Drilling down to the certificate issuer data on the first result over TCP port 449.

The state or province name (Some-State) and the organization name (Internet Widgits Pty Ltd) are not used for legitimate HTTPS/SSL/TLS traffic. This is an indicator of malicious traffic, and this type of unusual certificate issuer data is not limited to Trickbot. What does a normal certificate issuer look like in legitimate HTTPS/SSL/TLS traffic? If we look at earlier traffic to Microsoft domains at 72.21.81.200 over TCP port 443, we find the following as seen in Figure 15. 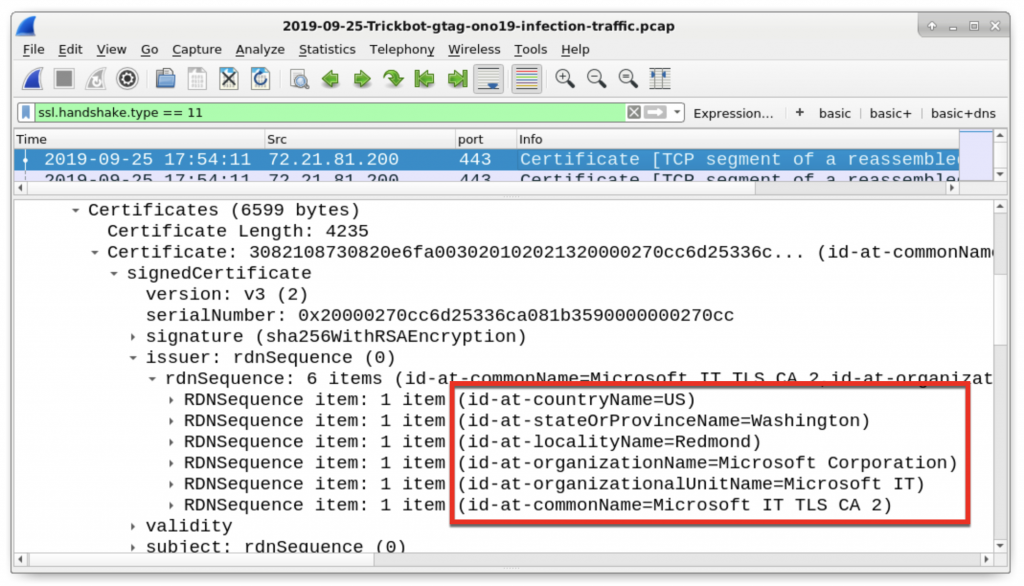 Again, an IP address check by itself is not malicious. However, this type of activity combined with other network traffic can provide indicators of an infection, like we see in this case. 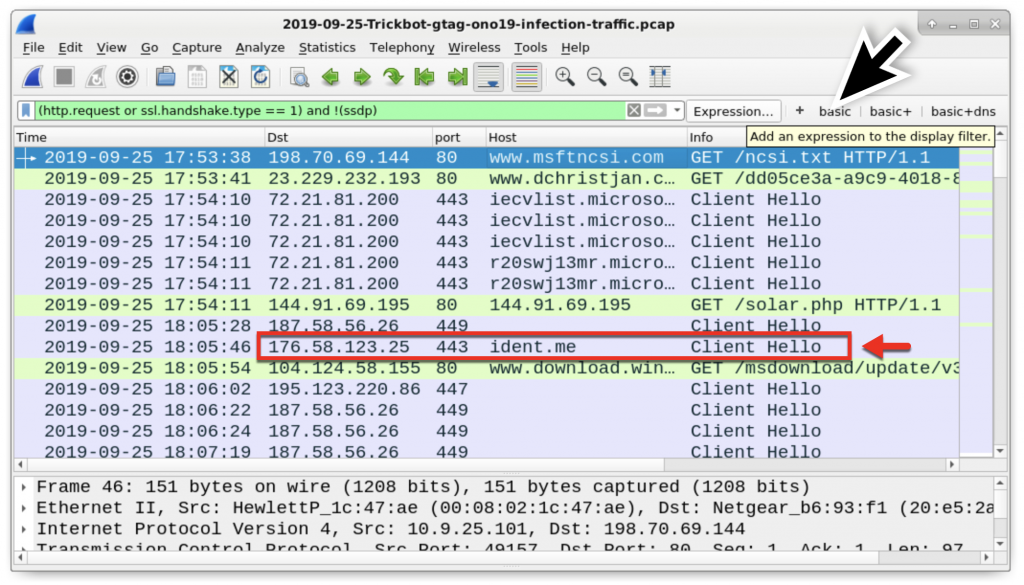 Figure 16: IP address check by the infected Windows host, right after HTTPS/SSL/TLS traffic over TCP port 449. Not inherently malicious, but this is part of a Trickbot infection.

To review this traffic, use the following Wireshark filter:

This reveals the following HTTP requests as seen in Figure 17: 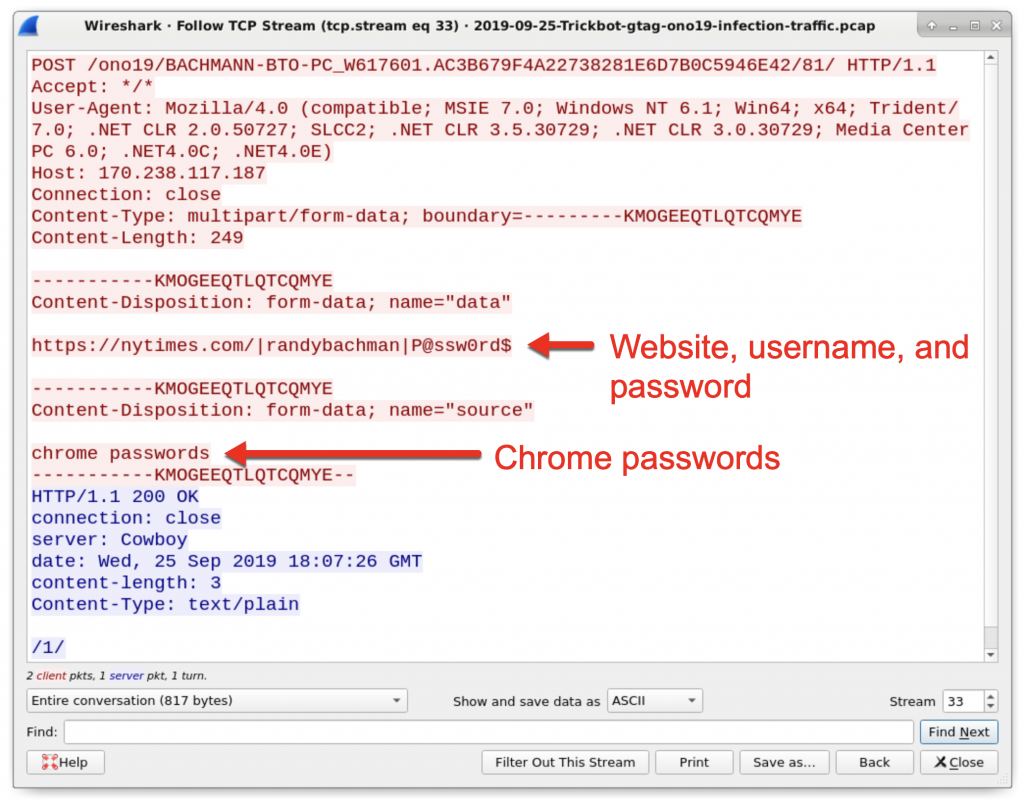 Figure 18: Login credentials stolen by Trickbot from the Chrome web browser. This data was sent by the Trickbot-infected host using HTTP traffic over TCP port 8082. 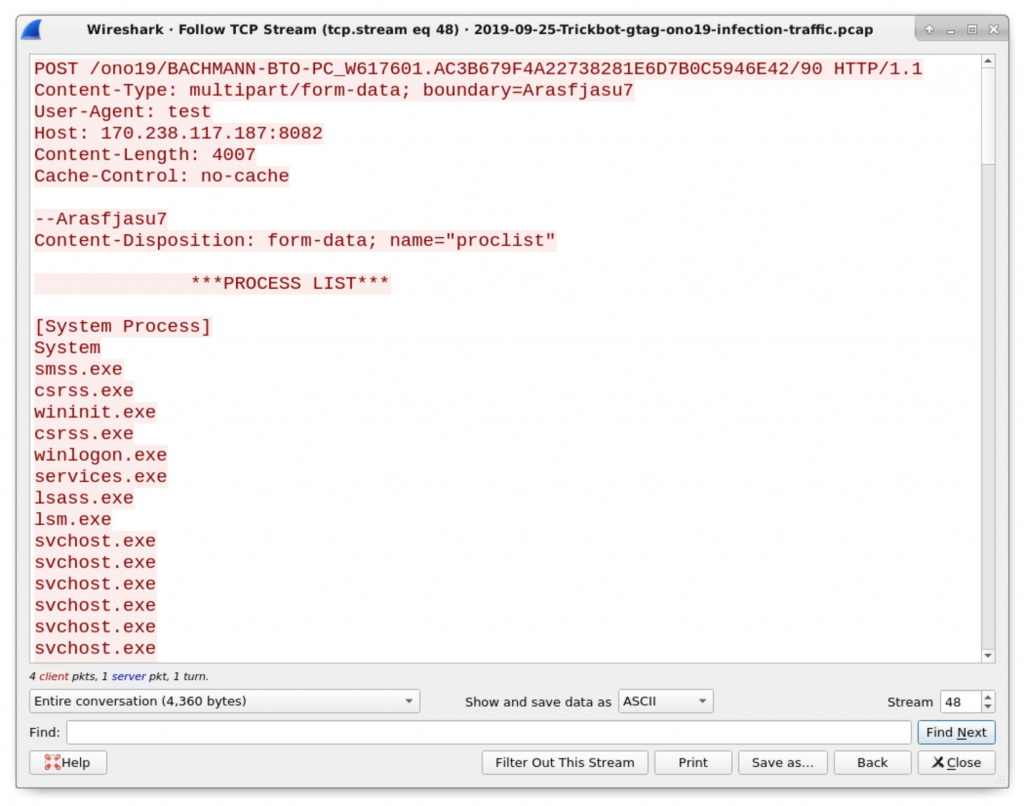 Figure 19: System data sent by a Trickbot-infected host using HTTP traffic over TCP port 8082. It starts with a list of running processes. 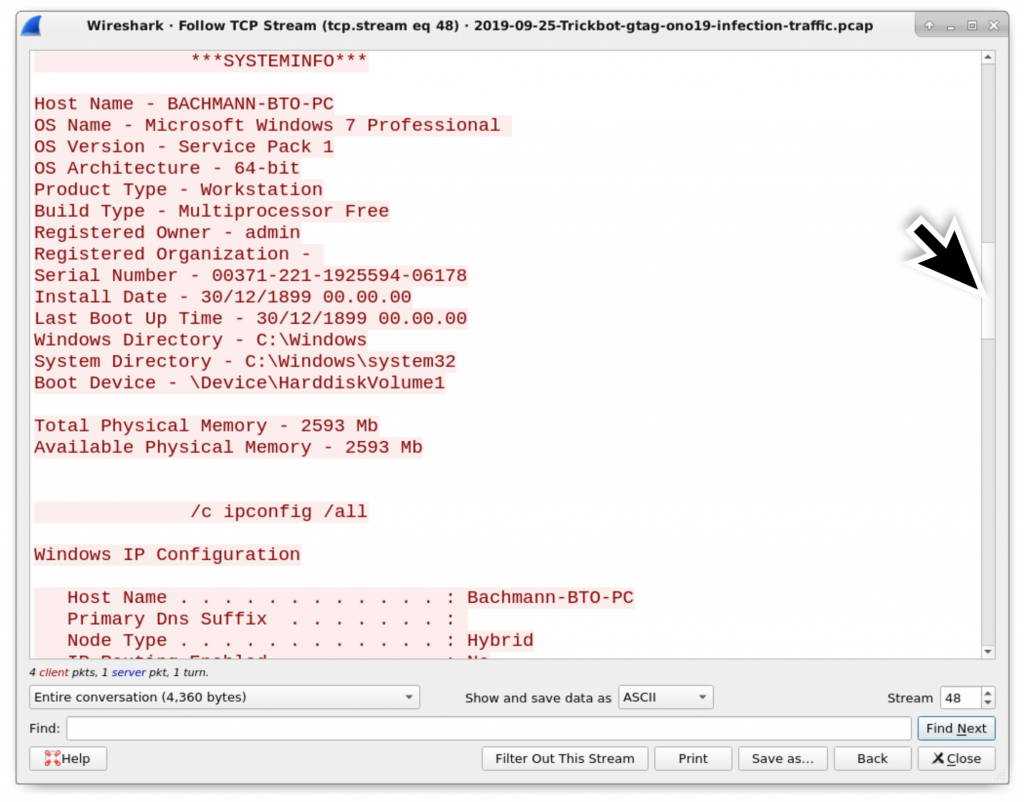 Figure 20: More system data sent by a Trickbot-infected host using HTTP traffic over TCP port 8082. This is later from the same HTTP stream that started in Figure 19.

Trickbot sends more Windows executable files over HTTP GET requests ending in .png. These follow-up Trickbot executables are used to infect a vulnerable domain controller (DC) when the infected Windows host is a client in an Active Directory environment.

You can find these URLs in the pcap by using the following Wireshark filter:

Follow the TCP or HTTP stream in each of the three requests as shown in Figure 21. You should see indicators of windows executable files similar to what we saw in Figure 9. However, in this case, the HTTP response headers identify the returned file as image/png even though it clearly is a Windows executable or DLL file. 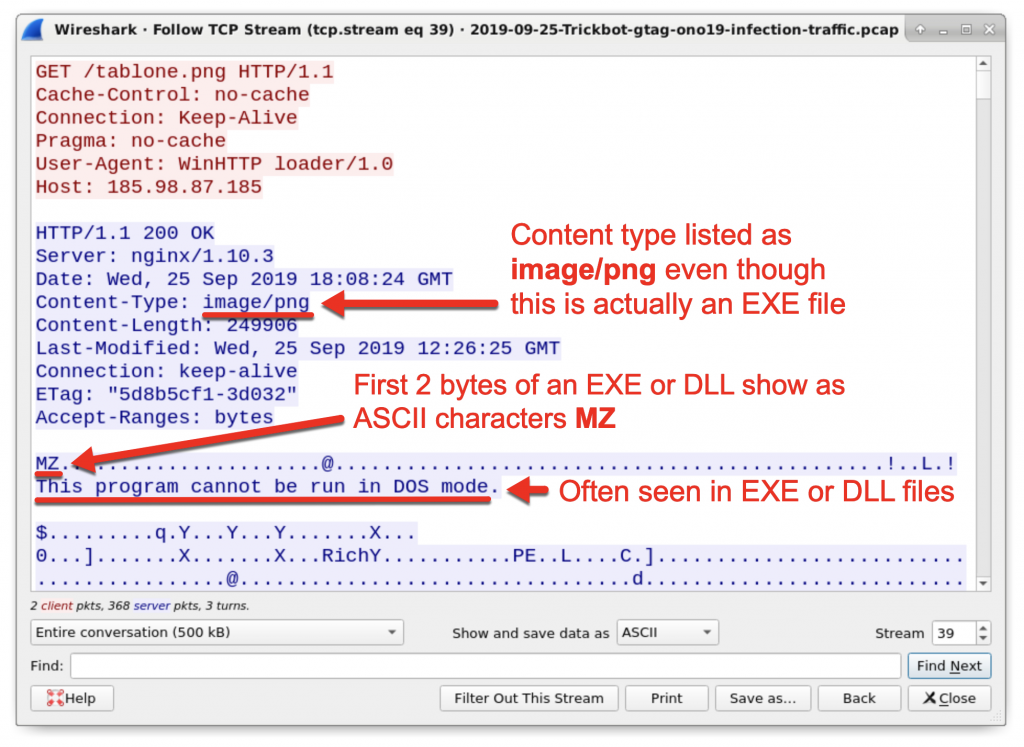 You can export these files from Wireshark, confirm they are Windows executable files, and get the SHA256 file hashes as we covered earlier in this tutorial.

Trickbot Distributed Through Other Malware

Download the pcap from this page. The pcap is contained in a password-protected zip archive named 2019-09-25-Emotet-infection-with-Trickbot-in-AD-environment.pcap.zip. Extract the pcap from the zip archive using the password infected and open it in Wireshark. Use your basic filter to review the web-based infection traffic as shown in Figure 24. 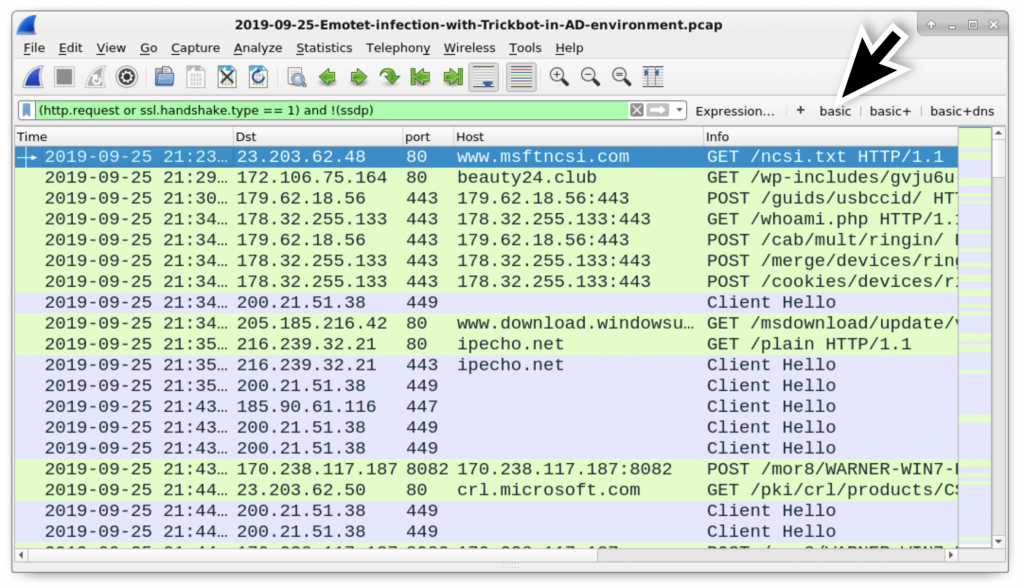 Figure 24: Filtering on web traffic in an Emotet+Trickbot infection.

Experienced analysts can usually identify the Emotet-generated traffic and the Trickbot-generated traffic. Post-infection Emotet activity consists HTTP traffic with encoded data returned by the server. This is distinctly different than post-infection Trickbot activity which generally relies on HTTPS/SSL/TLS traffic for command and control communications. Figure 25 points out the different infection traffic between Emotet and Trickbot for this specific infection. 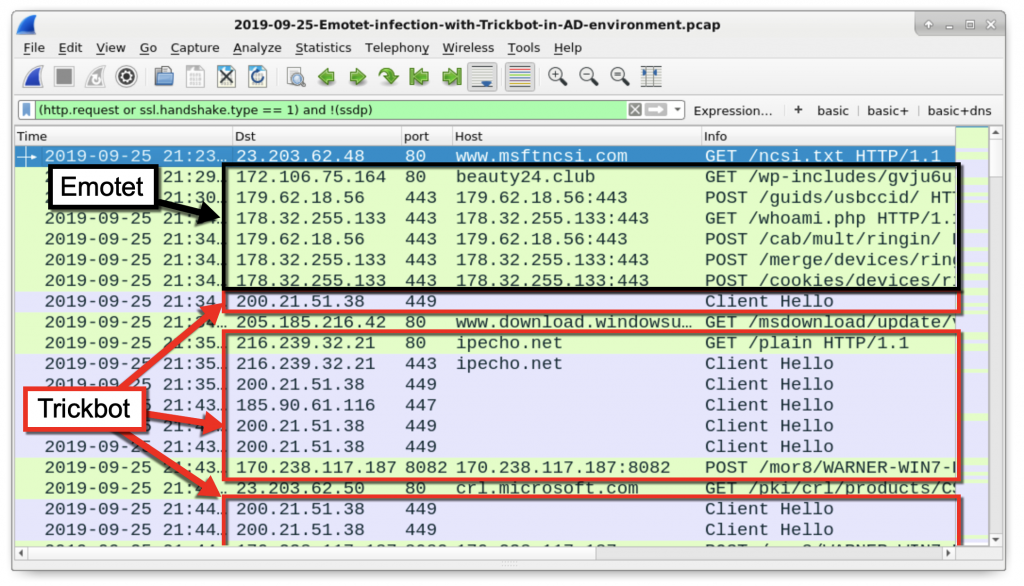 Figure 25: The differences in Emotet and Trickbot traffic.

This infection happened in an Active Directory environment with 10.9.25.102 as the infected Windows client and 10.9.25.9 as the DC. Later in the traffic, we see the DC exhibit signs of Trickbot infection as shown in Figure 26. 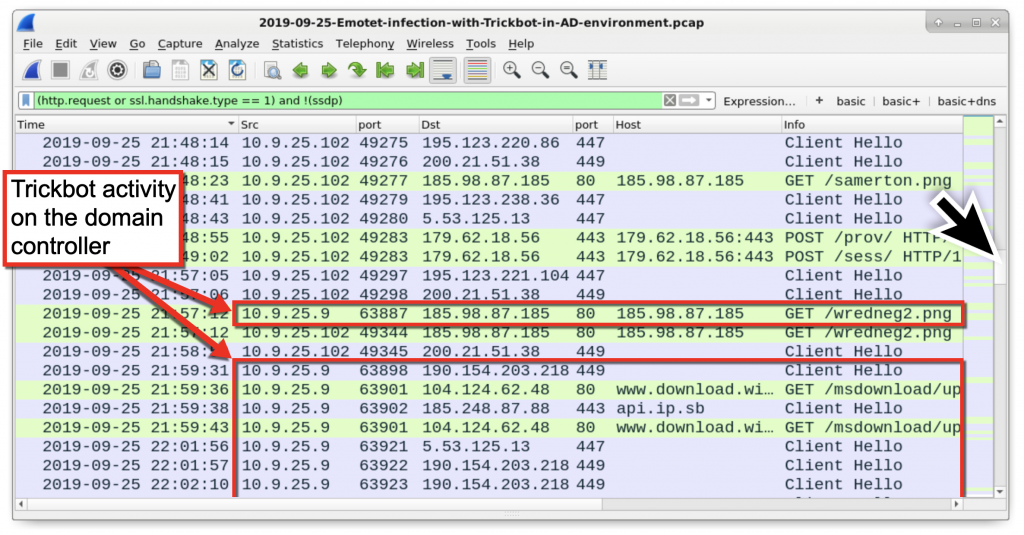 Figure 26: Trickbot activity on the DC. 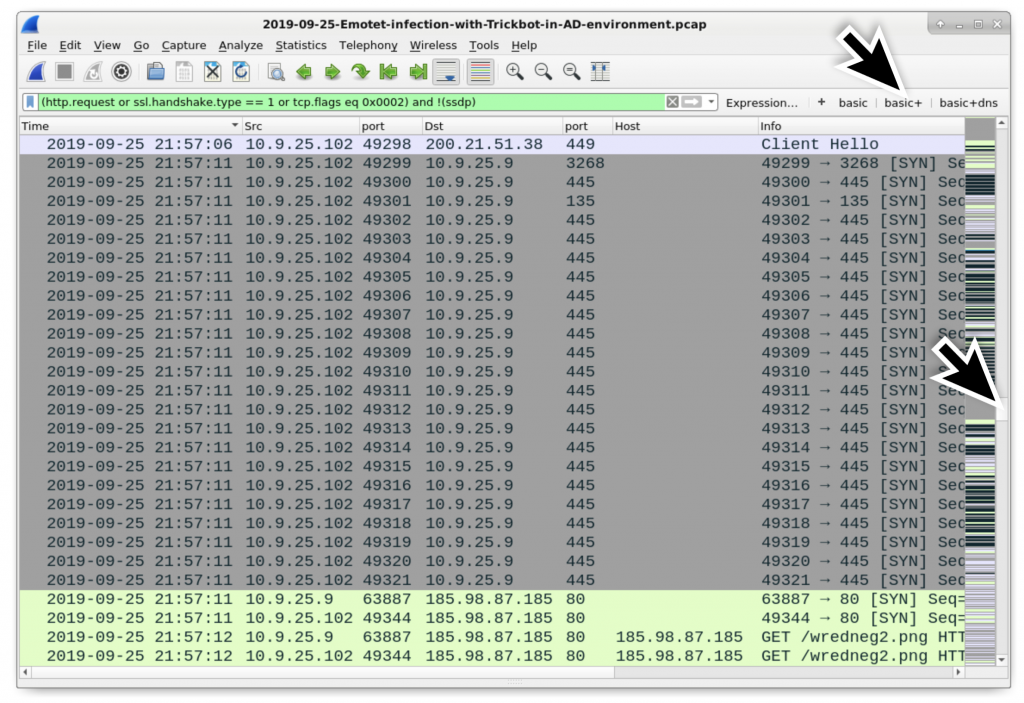 Follow one of the TCP streams, for example the line with a source as 10.9.25.102 over TCP port 49321 and destination as 10.9.35.9 over TCP port 445. This is highly unusual traffic for a client to send to a DC, so it is likely related to the EternalBlue exploit. See Figure 28 for an example of this traffic 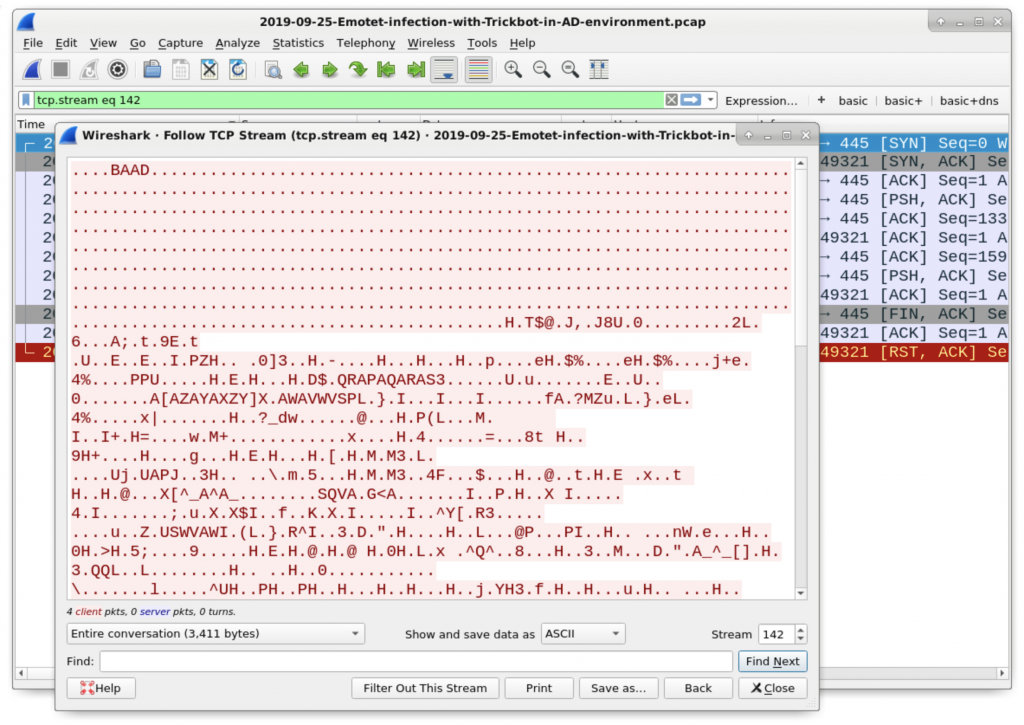 Figure 28: Example of the unusual traffic from a client to DC over TCP port 445, possibly related to an EternalBlue-based exploit.

Other than this unusual SMB traffic and the DC getting infected, any Trickbot-specific activity in this pcap is remarkably similar to our previous example.

This tutorial provided tips for examining Windows infections with Trickbot malware by reviewing two pcaps from September 2019. More pcaps with recent examples of Trickbot activity can be found at malware-traffic-analysis.net.

For more help with Wireshark, see our previous tutorials: